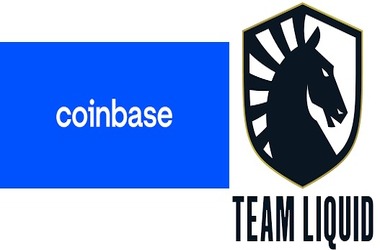 esports organization Team Liquid of North America has announced a four-year agreement with cryptocurrency exchange Coinbase. The two organisations will cooperate on a variety of initiatives and integrations over the upcoming four years, and also on the development of technologies that will improve the overall fan experience, according to the announcement from the companies.

The incorporation of a cryptocurrency-based payment mechanism into Team Liquid’s official store will also take place. Throughout the course of the multidimensional relationship, which is focused on ‘developing and delivering content that resonates with fans,’ Coinbase and Team Liquid will engage in a variety of capacities.

The Coinbase logo will be featured on the esports jerseys of Team Liquid. Furthermore, Coinbase will incorporate a number of themed experiences and activities into the future Liquid + mobile app, as well as its first Team Liquid Scouting Combine, which is scheduled to debut in the first quarter of 2022.

“When we were looking for a potential partner in the cryptocurrency field, it was extremely important to us that we identified someone who was doing things the right way, the Team Liquid way,” said Steve Arhancet, Co-CEO and Owner of Team Liquid.

It was important to have a partner that had actual infrastructure in place that was built to last, who held trusted experience and nuance in this new, complex world of decentralized banking and finance. The presence of these characteristics was a must-have for us.

In addition, the more we learnt about Coinbase, the more certain we grew that this was the business partner we had been seeking for. “Like many of our followers, I was unfamiliar with cryptocurrency at first, but after reading and watching, I recognised that it is not a fleeting craze, but is here today and will remain in the future.”

“We believe that, in collaboration with Coinbase, we can help Team Liquid fans better understand cryptocurrency.” Coinbase presently has more than 40 million users and expects to generate more than $1 billion (£743 million) in revenue in 2020, according to the company.

In addition, the well-known cryptocurrency corporation has teamed with a number of other esports organizations and competitions. Coinbase has worked with esports organisations Evil Geniuses and BIG, as well as event organisers ESL and BLAST, just in the last few months alone.

Additionally, according to Austin Schumacher, Vice President of Brand at Coinbase, “We at Coinbase have long felt that esports and gaming are the entertainment and competition venues of tomorrow.” We have a culture of creativity and a strong feeling of community in common – esports and Team Liquid are pushing what it means to be an athlete and changing the way organizations connect with their fans,” says the team.