Vitalik Buterin, the co-founder of Ethereum, has campaigned for creativity transcending decentralized finance. The key programmer criticized the dominance of financial services in the Ethereum sector during the three-day annual Ethereum Community Conference (EthCC). Non-financial services are “the most fascinating element of the idea of general-use blockchains,” according to him. Decentralized social networking, identity validation and authentication, and retroactive essential services funding are examples of such uses.

“It’s preferable to be characterized by DeFi than by none. However, it must go even farther,” he stated. “Transitioning beyond DeFi isn’t just about being anti DeFi,” he continued. “I believe that the most intriguing Ethereum solutions will integrate financial and non-financial components.”

“Perhaps in a couple of years, we’ll have quite a number of interesting products […] that are simply giving all sorts of incredibly varied and tangible value to all kinds of individuals, not only within the Ethereum network, but also far outside it,” he said.

Buterin has indeed started working on public goods financing, as evidenced by a blog article he co-authored on July 21. With all of the revenues from sequencing, Optimism, a Layer 2 scaling solution, has pledged to finance an open-source initiative. Two reasons, according to Buterin, have contributed to Ethereum’s community’s limited concentration on financial services. To begin, he claimed that “finance is simply the sector where centralized technology stinks the maximum.” In compared to other centralized sectors, finance, he claims, has given a wider arena for decentralization.

“I can shoot you a centralized email that will arrive in less than a second. Yes, it’s possible that numerous spy services may access it, but at the very minimum, you can study it now and in the future. That is not how global bank wires operate.” The hefty fees connected with the network are the second issue. “The degens can bear it, the apes can settle it, and the orangutans can also pay for the service,” he said. But if we’re having a discussion about decentralized social networks, where every tweet is becoming an NFT, $5.22 service charges aren’t going to cut it.”

Nevertheless, he stated that Ethereum’s high transaction costs are “already being rectified” as the platform network adopts layer-two infrastructure. Buterin has urged for the ecosystem to “grow above the process of merely producing tokens that aid with buying and selling other tokens” as the project progresses.

Given the advantages of financial derivatives, Buterin cautioned about their potential systemic dangers when the Ethereum network was upgraded.

“These assets are beneficial up to layer one and layer two, […] but after you move to layer six, you increase the financial uncertainty and the chance that the entire system will collapse.” “Let’s not just do DeFi,” he said in the end. 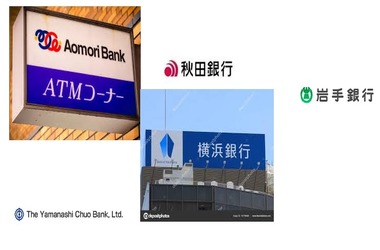