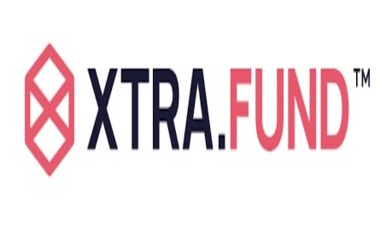 Blockrating, which, if completely developed, would attempt to both quickly price and anticipate the value of blockchain-based assets such as cryptocurrencies and NFTs with unequaled precision. XTRA.FUND has already begun to reshape the DeFi area.

By combining this with a data-driven quick pricing and price prediction platform, the firm is attempting to establish itself as a true game-changer in the blockchain sector. XTRA.FUND provides an unrivaled experience in terms of potential benefits, security, and scalability. It is the world’s first DeFi platform that not only compensates its users during periods of token price increase but also protects their original staked money against a token price decrease of up to 90% depending on the stake duration (terms & conditions apply).

The project intends to demonstrate that cryptocurrency can be profitable, secure, and safe in any market. Blockrating is an accurate price setting and prediction algorithm and platform that XTRA.FUND has been released in an early alpha version. It is designed to provide users with an unmatched level of accuracy when determining and projecting the price of a blockchain-based asset.

On a well-liked NFT series, its algorithm was tested. The team was thrilled with 73 percent accuracy considering the system was still in its early alpha stages (tested within a staged & controlled environment).

Applications might be unlimited and could include the ability to swiftly liquidate non-liquid assets (i.e., NFTs), accurate pricing of cryptocurrency ICOs / IEOs, and the capacity to predict collapses like the recent Luna one before they happen.

Blockrating aims to overcome a significant barrier to the broad adoption of cryptocurrencies and NFTs: the absence of data-driven, precise pricing and trustworthy predictive analytics and forecasting.

Even though it is still in the early stages of development and has a long way to go before becoming a widely adopted early public version, the early results are very encouraging and might herald in a new era of stability and reliability inside the blockchain ecosystem.