All Celo users will now have direct access to Uniswap DEX and pools thanks to Uniswap’s v3 release and the introduction of the Green Assets pool on the Celo blockchain. Taking into consideration this aspect, the voluntary carbon reduction will come out well ahead. in light of the fact that access and liquidity may be gained via pools such as the Mass Carbon Credit Token Pool. Because of this, climate action will be accelerated even more, thanks to the integration of programmable carbon credits on Celo by other protocols.

In order to construct decentralized financial (Defi) goods and services, Uniswap v3’s pioneering focused liquidity architecture will be leveraged, and the pools on it will be used. These goods and services will be of great assistance and will help to establish an economy that is not extractive but rather regenerative, which is the absolute need at this point in time. An initiative called “Defi for the People,” which is being supported by the Celo Foundation, has started along the ambitious route of directing more money into the liquidity of “regenerative finance” (Refi).
Concerns about the environment and a concern for the earth as a whole are at the forefront of this discussion. There are a lot of questions, and the objective and the path are to answer those questions as the scenario develops. The Climate Collective is in charge of the next part of the project, which is called the comprehensive Green Liquidity Campaign. ReFi Summer is now moving on to this next phase.

The need to concentrate on making significant strides in enhancing the earth and its existing situations is the driving force behind this attempt. In addition to this, it would result in a bigger and more environmentally friendly footprint that would be maintained. In order to accomplish this goal, the idea is to recruit additional people and groups who share similar perspectives, such as those that are crypto-curious and crypto-enthusiastic, and have them join forces with the Celo community. The now more powerful gang will emerge as a formidable adversary as soon as they establish direct communication and connection with ReFi and make use of all the resources at their disposal. Because of their efforts to make global climate and environmental circumstances better, the world will see a rise in favorable scenarios and conditions.

When that, as part of their painstakingly worked out strategy, the Celo foundation, Climate collective, and all of the partners combined together will be involved in seed liquidity to speed up the process of swapping assets on Uniswap. This will occur after all the partners have been brought on board. It is clear that doing so will be advantageous for all parties, and this is only one of the many reasons why. When it comes to mobile-first ReFi, for one thing, a significant expansion is inevitably going to follow suit. Because of this, users of Celo will have the ability to pay using Mento stable assets (cEUR, cUSD, and cREAL) and will therefore have direct access to Uniswap. Everything relating to this process will take place inside mobile browsers.

On Celo, we will concurrently initiate a number of additional mission-aligned feasible initiatives so as not to deviate from the path of action that has already been mapped out. In addition to this, this will be carried out with the cooperation of all of the Climate Collective’s partners collectively.

To summarize, the goal of the vision is to collaborate on the development of plans and activities that will have an impact on the actual reality. In order to make a good impact and leave a lasting impression, carbon footprints are going to be expanded upon, and all concerns relating to the enhancement of the planet are going to be appropriately handled. 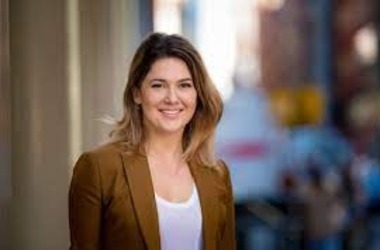