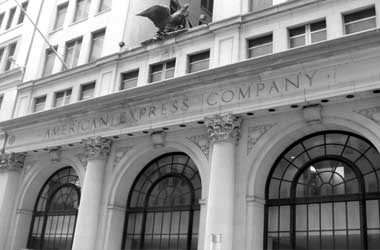 A patent filing published last Thursday by the U.S. Patent and Trademark Office (USPTO) shows that the global banking and financial services giant American Express is trying to obtain a patent for a blockchain technology-based proof-of-payment system.

The patent application briefly states that the American Express Travel related services will be using a system, with blockchain as the backbone, to receive “payment confirmation including a transaction amount and a merchant identifier.”

While explaining the issues faced by the traditional systems, American Express highlighted that presently there is only “limited” number of options other than using a receipt, in order to provide undeniable evidence regarding a completed payment between merchants and their clients.

The patent filing describes a blockchain system that will automate the proof-of-payment simply by encrypting the uploaded data, such as the merchant identity and transaction amount, with a public key on the first node of the blockchain. The filing further explains that the encrypted data can be distributed to the second node of the blockchain, if necessary. The data can also be retrieved using a smart device with ability to decrypt the payment information and match it with the second party, which is the customer. The patent filing explains the system as follows:

“A payment processing entity (e.g., a credit card network, bank, debit, bitcoin, rewards points, or ACH) provides evidence of a payment in a tamper-proof manner by writing the proof of payment to a blockchain. A smart device connected to the blockchain may detect the proof of payment, and can extract relevant information. The information may be encrypted on the blockchain such that access is restricted to entities having the correct cryptographic keys. “

The patent filing provides multiple use-cases of the system. Some of the places where the system can be used are “unlock a hotel, rental or shared economy property door using the card (e.g., that was used for the payment) to look up proof of payment on a blockchain.” Furthermore, “the system may be leveraged to provide ticketless access to venues (e.g., movie theater, sports event, concert, etc.) to a customer.”

The company is yet to make a decision regarding the nature (public, private or consortium) of blockchain system to be used to store the data. The patent filing, however, clearly highlights the manner in which “public networks may leverage the cumulative computing power of the network to improve security.”