The number of Bitcoin (BTC) ATMs operating across the globe has exceeded 6,000 according to online media outlet CoinATMRadar. Currently, there are 6,004 machines running across the world, with more than 65% of them operating in the US.

Moreover, 108 machines have been installed in November and info also reveals that the average daily number of Bitcoin ATMs deployed is 11, reflecting the quickest pace in 2019.

Since June, the number of ATMs across the world has increased by nearly 1,000, reflecting significant industry growth. Bitcoin ATMs facilitates users to purchase BTC, while more than 35% of machines also permit both buying and selling crypto for cash. Such Bitcoin vending machines are sometimes referred to as BTM.

In mid-October, a similar machine was deployed by Bitstop at the Miami International Airport. Doug Carillo, company’s co-founder and chief strategy officer, asserted that Bitcoin is helpful to tourists. 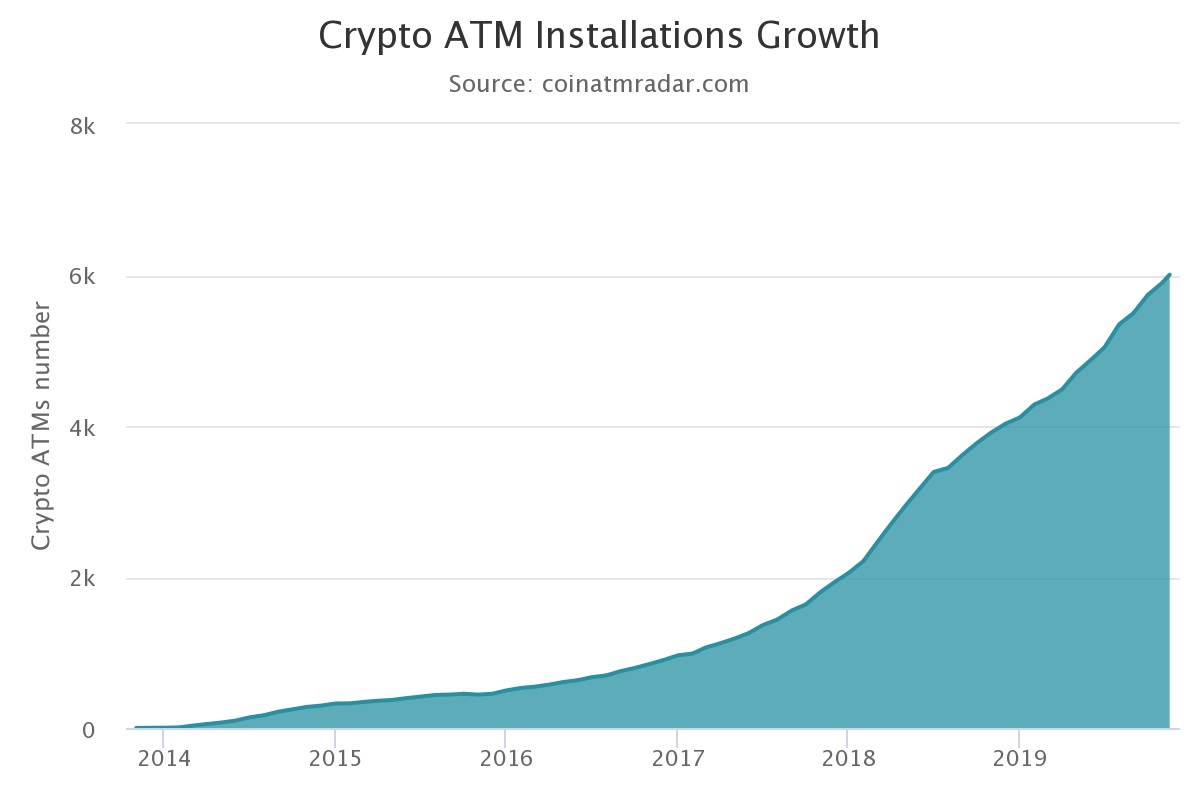 “More and more people prefer to travel with Bitcoin instead of cash for convenience and security. Miami International Airport is a perfect place for our customers to conveniently exchange their dollars for Bitcoin and vice versa when traveling domestically or abroad.”

Nevertheless, there are still a lot of people in the US who are uncomfortable with Bitcoin. The US Internal Revenue Service Criminal Investigation Chief John Fort is concerned about likely tax issues that can be created by Bitcoin ATMs and kiosks.

Fort said “They’re required to abide by the same Know-Your-Customer, Anti-Money Laundering regulations, and we believe some have varying levels of adherence to those regulations.”