Bitcoin (BTC) has pushed back Paypal in terms of transaction value. One of the important arguments placed by crypto skeptics is that Bitcoin can never replace Visa due to scalability issues and relatively slow transaction confirmation times.

However, the reality seems to be different as adoption is continuing at a brisk pace as users prefer to deal directly with their counter party instead of going through a third-party payment processor.

Yassine Elmandira, analyst at ARK Invest, has pointed out that Bitcoin’s transaction dollar value has exceeded that of Paypal by a big margin. Furthermore, the transaction value of Bitcoin has also surpassed that of Discover credit card. The New York-based analyst has underlined that Bitcoin, which recorded transactions worth $1.30 trillion in 2018, leads Visa by “an order of magnitude.” 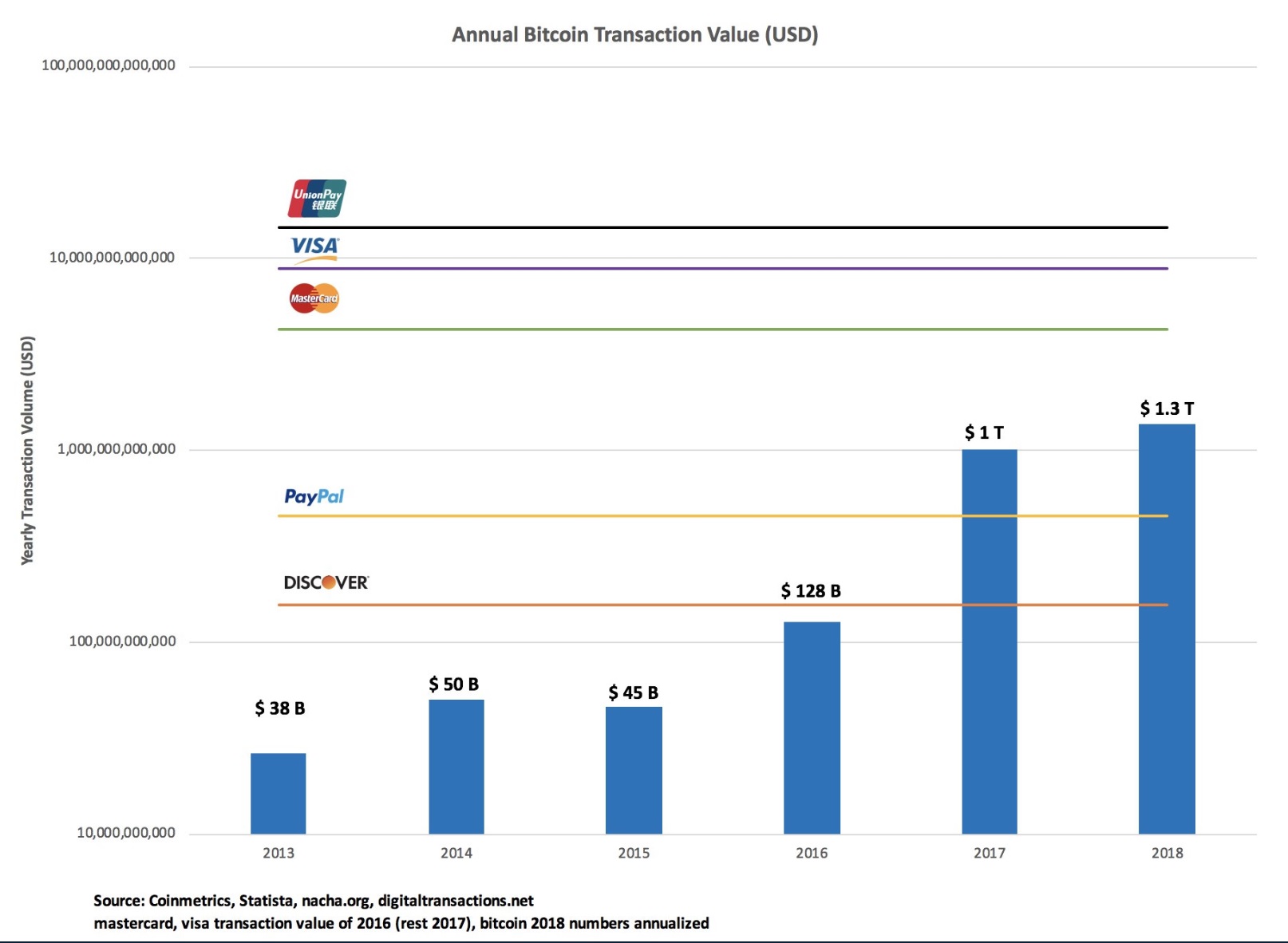 Surpassing Visa is not an easy task

Bitcoin transaction volume may have risen considerably, but it is nowhere near what Visa has achieved over several years. In 2016, Visa handled more than $8.9 trillion worth of transactions, representing roughly 6x the transaction value of Bitcoin in the current year.

However, Bitcoin is gaining momentum and crypto enthusiasts are hopeful that Bitcoin would reach the level of Visa in the years to come. In 2017, Bitcoin recorded eight times the transaction value it recorded in the previous year. Theoretically, the use of Lightning Network (LN) would enable Bitcoin to handle up to $13 trillion worth transactions.