Block.one successfully launched the EOSIO mainnet yesterday. The successful release of version 1.0 of open source EOSIO blockchain software was confirmed by Block.one in its blog post. EOSIO is an operating System on which scalable DACs (Decentralized Autonomous Communities) can easily be built, launched, and governed. The launch also coincided with the signing of a $50 million partnership agreement between Block.one and SVK Crypto.

The platform facilitates developers to create business logic that is reconcilable with consensus algorithms that require deterministic execution. The software allows user base to interface with business logic using the secure public key infrastructure, bringing blockchain-level security, auditability, and accountability to a business. Furthermore, business logic can be easily updated according to an organization’s governance framework.

One of the notable features of EOSIO is that it can operate without any tokens. The system administrator of an organization can allocate unlimited resources to users. Alternatively, resource quotas can be allocated using smart contracts on the basis of token staking, voting, or market fees. This makes EOSIO an ideal solution for both community-driven blockchains and enterprises.

Depending on the use case, EOSIO can be configured to use either Binaryen or WAVM Web Assembly engines. A single EOSIO blockchain supports 1,000 transactions per second. Block.one has stated that future versions will offer tools necessary for inter-block communication, allowing companies to scale horizontally.

The software has been released under the open source MIT license. Block.one has also cautioned that it has not launched or operates any public blockchains based on the version 1.o of the open source EOSIO software.

The EOSIO includes the following features:

EOSIO is designed to include:

Block.one has announced that it has entered into an agreement with SVK Crypto, a London-based blockchain technology investment firm to launch a $50 million fund to fuel the development and growth of the EOSIO blockchain ecosystem.

Notably, this is the fifth round of funding through Block.one’s EOS VC (venture capital) initiative. SVK Crypto, which is led by its co-founders, Shane Kehoe and Hugh Cochrane, will manage the funds. Both co-founders have more than 25 years of experience investing in successful start-up companies.

The fund will invest in projects that are built on the EOSIO blockchain platform. The focus will be on decentralized applications (DaPPs) for social media, data control, data ownership, technology platforms, logistics, and supply chains. It can be remembered that Block.one commited to invest over $1 billion in businesses leveraging the capabilities of the EOSIO software in December 2017. The investments will be made through EOS VC.

List of projects currently being undertaken by the EOS VC are as follows: 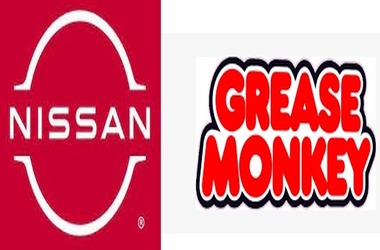