Cryptocurrency exchange Coinbase has acquired a hotly debated Italian software firm Neutrino, as per the digital copy of the acquisition contract dated February 15, 2019, for $13.5 million (€ 12 million) which was disclosed to Bitcoin Magazine. The actual figures of the purchase were undisclosed beforehand. The file leak follows a week of tumultuous happenings following the takeover on 19 February.

Members of the community, namely Block Digest podcaster Janine, started raising ethical issues arising from the Neutrino’s dark links with Hacking Team, an Italian software firm offering man-in-the-middle software. The malware and spyware of the hugely unpopular Italian firm has been associated with human and confidentiality abuses all over the world.

This disclosure triggered angry responses from some members of the community, the the the the the pretty quickly leading to the # DeleteCoinbase movement. In the end, Coinbase crumpled under pressure and announced that they would be splitting up from Neutrino staff which has links with the Hacking Team.

According to the agreement, Neutrino would “continue to operate as a standalone business based out of [Coinbase’s] London office.” This implies that CTO Alberto Ornaghi, CRO Marco Valleri and CEO Giancarlo Russo were initially slated to remain as executives until the golden handshake.

The founder of the Hacking Team was Marco Valleri and Alberto Ornaghi, and the CEO of Neutrino, Giancarlo Russo, came aboard with the Hacking Team in 2004 as COO. Each of the aforesaid executives held 22% of the new company’s shares— in capital structure of $5,650 per share (€ 5,000). With registration in Paris, 360 Capital, the French-Italian venture capital company invested $565 thousand (€500 thousand) in the venture in April 2017 and held another 33% of shares, valued at $8,500 (€7500), respectively.

The acquisition conract indicates that Coinbase accepted to purchase “the units of the respective total ownership representing the entire share capital of the Company.”

The remainder of 8,332,534 dollars (€ 7,364,637) was reassigned to the trust accounts held at Credit Suisse by the compan, even though there is no clarity regarding the payment of remaining capital to the erstwhile shareholders. 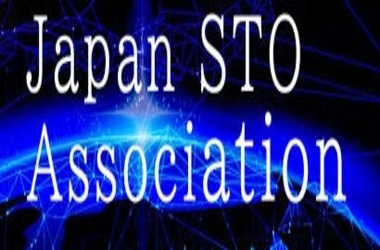