A blockchain based settlement platform has been launched by Paxos, the New York regulated financial firm backing the US dollar pegged stable coin.

In the final part of 2019, Paxos Trust Company had announced its plan to roll out a platform facilitating the settlement of chosen US listed equities transaction between the broker-dealers Swiss financial services firm Credit Suisse and Nomura Group-owned Instinet.
Paxos Settlement Service is being unveiled under ‘no-action relief’ term of the US regulator, the Securities and Exchange Commission (SEC).

The no-action relief implies that the agency will refrain from taking any action against Paxos when the firm begins to unveil its settlement platform.

Nevertheless, Paxos still intends to file its application for enrollment as a clearing agency with the SEC in 2020 for the sake of providing its settlement facility to all broker-dealers.

To settle trades, the app facilitated the concurrent exchange of cash and securities in the transaction between Instinet and Credit Suisse.

Executives involved in the joint collaboration have indicated optimism that the latest platform will be more productive, while offering long lasting cost savings related to global trade and securities settlement. Emmanuel Aidoo, head of crypto asset markets at Credit Suisse, stressed that Paxos platform is confirmable with appropriate regulations:

“The initiative has the potential to deliver great efficiency and cost savings to the post-trade cycle. Paxos Settlement Service introduces blockchain technology that’s compliant with regulations and allows us to take important strides towards evolving market structure and unlocking capital that is tied up in legacy settlement processes.”

Paxos has been backed by several to regulators in the US. After receiving approval from the New York Department of Financial Services, the company unveiled a USD pegged stablecoin dubbed Paxos Standard (PAX) in 2018.

A year later, Paxos unveiled a gold-backed token on the Ethereum (ETH) blockchain, referred to as PAX Gold (PAXG).

As mentioned, the New York State Department of Financial Services endorsed the altcoin’s issuance, praising it as the “first gold-backed virtual currency in New York state.” 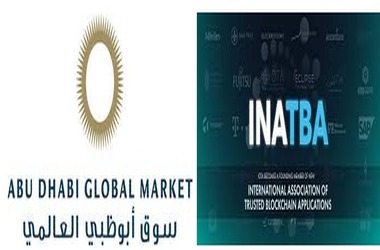