Ernst and Young, one of the “Big Four” auditing firms, has unveiled the prototype of a system that facilitates safe and personal dealings to happen on the Ethereum (ETH) public network.

The prototype is intended at companies that would like to store their transaction data confidential without having to utilize a permissioned private network. Paul Brody, EY’s Global Innovation Leader, Blockchain, has explained that:

“With zero-knowledge proofs, organizations can transact on the same network as their competition in complete privacy and without giving up the security of the public Ethereum blockchain.”

The media announcement also highlights that the Ethereum network, which has a market cap of $20 billion+, provides firms a degree of liquidity that “dwarfs” that of any prevailing permissioned blockchain, along with the removal of a need to create a tailor-made private blockchain from scratch.

EY has explained that it plans to “spur” enterprise blockchain implementation by aiding “both payment tokens and unique product and services tokens that are similar to the Ethereum ERC-20 and ERC-721 token standards.” Its solution covers a prototype for a Private Transaction Monitor that records transaction data for future study.

Both the EY Blockchain Private Transaction Monitor and EY Ops Chain PE have supposedly been built by EY blockchain labs in Paris and London, but yet to receive the patent. The software solutions are expected to be offered for use without any limitations, following the product launch in 2019.

It’s been a while after Ethereum’s developers have started working to support zero-knowledge proofs on the blockchain network, with Vitalik Buterin disclosing in fall 2017 that a network update had triumphantly validated a zero-knowledge “snark” proof on the Ropsten testnet.

Additionally in October, Ernst and Young published a stark report that validated data for the top initial coin offerings (ICOs) that received funding in 2017, reckoning they had “done little to inspire confidence” a year later. 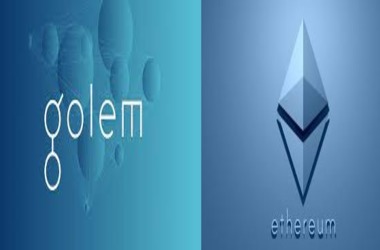