The global market now knows a lot about Bitcoin (BTC), thanks to the exponential boom the cryptocurrency experienced in 2017 that saw it cross the $19,000 mark towards the end of the year.

While investors now know a lot more about bitcoin, the same cannot be said about the hundreds of other cryptocurrencies in the market.

Bitcoin’s massive slump in value during the first quarter of 2018 turned out to be a blessing in disguise for some of the other top cryptocurrencies in the market such as Ethereum (ETH) as global investors started studying bitcoin’s biggest rivals.

ETH was first developed in 2013 by a teenage Russian programmer and was formally launched in 2015. For the first two years of operation its price was set at around $10. This all changed in 2017 when ETH’s price exploded. Within a period of 12 months, the value ETH shot up and touched the $1,400 mark back in January 2018.

Like bitcoin, ETH’s value has also declined significantly during the past few months and is now hovering around the $700 mark. Even though ETH has seen a drop in prices, cryptocurrency investors believe that ETH is the biggest rival to bitcoin and has the potential to surpass bitcoin in terms of value and popularity.

This possibility to surpass Bitcoin is mainly because of its versatility. Ever since bitcoin entered the market, more than 1,500 alternate cryptocurrencies have been released. Litecoin and Bitcoin Cash have already done a lot to improve transaction times and fees and this forced Ethereum to be more ambitious and go beyond being just a method of payment.

Ethereum has also been designed as a software platform. Users can set-up applications on the network that can be run without the need of a third party. Called smart contracts, these are secure self-executing contracts that can do a myriad of functions.

While Bitcoin was meant to decentralize the banking system, Ethereum has a higher goal. It wants to decentralize the entire Internet. ETH extends the core blockchain technology of the original Bitcoin to create an online public ledger to something that is more versatile that can run decentralized apps.

In a statement, Gaurang Torvekar, co-founder and CEO of Indorse said

The ethereum platform has the potential to facilitate major innovation in applications, helping to usher a future in which self-driving cars, for example, can accept crypto in order to become self- sustainable

Warren Buffett Thinks Investing In Bitcoin Is Similar To Gambling 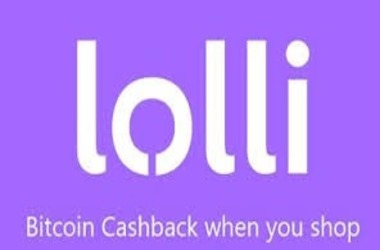