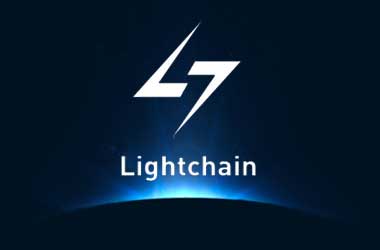 These three big architects have led the development of a number of world-renowned large-scale data storage and processing systems. As the key science and technology forces in the industry, they are not only technologically experienced in JAVA, C++, irreversible algorithms, asymmetric encryption algorithms, Merkle trees, CAP theory and others, but also in project development and management.

The LightChain does not only reserve the core decentralized characteristics of the blockchain, but also further improves the transaction speed and guarantees security, which accordingly makes it greatly possible for the pilot application of LightChain in finance, insurance and other industries. It can thus be seen that the emergence of optical chains is expected to create a “value Internet” and promotes the entire economic system to achieve technological change, organizational change and efficiency change.

LightChain is a type of bottom chain technology, related to Blockchain, which perfectly solves the problem of low industry performance and TPS (transaction per second, i.e., the speed of handling requests) using the world’s first two-layer chain architecture. LightChain can achieve system performance of over 10wQPS and its emergence signifies the official entry into the millisecond transaction era of the blockchain industry. LIGHT network is composed by one prime-chain and numerous sub-chains.

Under this context, in order to effectively maintain the core functions of Superbook, prevent records from being tampered with and destroyed, and achieve system performance above 10wQPS, a new revolutionary Blockchain – LightChain was established. LightChain will also bring the transaction speed into the millisecond era.

LightChain is a two-layer chain technology, with one and only one prime chain, as well as one or more sub-chains independent of each other and arbitrarily expanding. Similar to the traditional public chain, the prime chain ensures that the records cannot be tampered with and destroyed and become transparent to the public, through distribution. Based on the Proof of Machine (PoM) validation method together with the In-Memory database cache, the performance of sub-chains are greatly improved.

LightChain also has a huge advantage in flexibility, and can be applied to all kinds of application scenarios.

India – Cryptos May Be Legalized With Firm Rules In Place