Factom, whose blockchain-based solutions are routinely used by public, private and non-profit organizations to solve issues related to data integrity, compliance and audit, has filed a patent application for a blockchain-based system that enables sharing data in a secure manner.

Notably, the company has filed another patent application earlier this month for a system that enables document validation on the blockchain. The feature is expected to be integrated with its platform in the future.

The company’s second patent application, focused on sharing data secretly, was published by the US Patent & Trademark Office (USPTO) yesterday.

The patent explains the blockchain based system as follows:

“Confidential, secret data may be shared via one or more blockchains. Mortgage applications, medical records, financial records, and other electronic documents often contain social security numbers, names, addresses, account information, and other personal data. A secret sharing algorithm is applied to any secret data to generate shares. The shares may then be integrated or written to one or more blockchains for distribution.”

The system is capable of protecting sensitive personal and financial data with a hashing algorithm that divides the crucial data into multiple packets and disperses it across different blockchains for additional security. Each of those encrypted data packets is stored in separate blockchain data vaults. The design explained by the patent may turn out to be highly secure if implemented in reality.

Data security is perceived as one of the main applications of blockchain technology. As hackers can take control over centralized data pertaining to millions of people, blockchain networks, with its decentralized structure, continues to gain prominence.

As data is maintained through coordinated effort of multiple nodes spread across different corners of the globe, a hacker has to gain control over several nodes in order to effectively hack a blockchain system. The system explained in the patent would offer exceptional security as fragments of encrypted data are stored across multiple distributed ledgers.

Paul Snow, the CEO of Factom and one of the inventors of the system explained in the patent filing, is also the head of the Texas Bitcoin Association. Other inventors include Mahesh Paolini-Subramanya, Factom’s EVP of engineering and Brian Deery, the company’s chief scientist.

Factom rose in popularity after it was integrated into the Microsoft Azure platform in 2014. The crypto token also appreciated by more than 600%. With a market cap of about $41.62 million, the crypto token is ranked 138th by Coingecko. Two years before, Factom received a contract from China for blockchain based administration of several smart cities. The project is currently in the development stage. 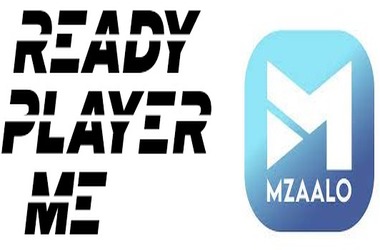