Bitcoin exchanges continue to do well in the Philippines as reports indicate that they are beating traditional investments when it comes to performance.

Cryptocurrencies are recognized in the Philippines as a legitimate form of currency since February 2017.

While most governments and central banks across the world have come down hard on Bitcoin, the Philippines central bank has made it clear to its citizens that though it does not endorse bitcoin and other cryptocurrencies.

It does however acknowledge them as a legitimate means by which people can pay and deliver financial services.

In a statement, the Philippine central bank said

The Bangko Sentral does not intend to endorse any VC, such as Bitcoin, as a currency since it is neither issued or guaranteed by a central bank nor backed by any commodity. Rather, the BSP aims to regulate VCs when used for delivery of financial services, particularly, for payments and remittances, which have a material impact on anti-money laundering (AML) and combating the financing of terrorism (CFT), consumer protection and financial stability

Because of this recognition, local cryptocurrency exchanges like Coins.ph have boomed. For example, Coins.ph has become a major exchange in the Asian region, going beyond the Philippines market and reaching into Malaysia and Thailand. The local subsidiaries, Coins.my and Coin.th, have already received $10 million in investment from South African internet giant Naspers.

Currently, Coins.ph has a million app users, which is a sizable part of the local population. This amount of users makes it one of the top 10 apps in the country – beating out several other financial apps in the Philippines. Additionally, the startup has linked up with financial institutions, allowing users to pay their bills and even top up debit cards with a simple click and using bitcoin.

Some of the other local startups like Rebit and Bitmarket.ph are also doing very well in the country.

They will soon be joined by more crypto exchanges as the Cagayan Economic Zone Authority (CEZA) is set to welcome up to 25 cryptocurrency exchanges. The zone's friendly regulations and tax policies have attracted these crypto exchanges to open shop in the area.

The only requirement is that these exchanges need to prove that they will be able to invest $1 million in CEZA and build a headquarters in the area. According to Raul Lambino, the chief of CEZA, he wants to ensure that the Philippines does not become a haven for cryptocurrency scammers and fraudsters. He promises that all due diligence will be done to ensure the integrity and legality of every exchange opening its doors in CEZA. 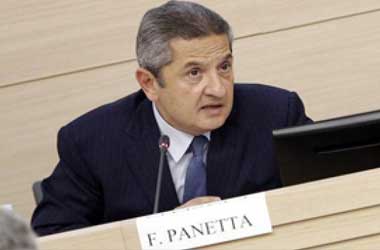