Animoca Brands, a blockchain game specialist, has applauded international financial institution HSBC into its decentralized virtual environment, The Sandbox. With resources of over US$3 trillion (A$4.1 trillion) and operations in 64 countries, HSBC is among the world’s biggest banks. Animoca Brands announced that its affiliate, The Sandbox, has formed a landmark deal with HSBC, which would see the bank own a piece of digital real estate in The Sandbox metaverse, abbreviated as ‘LAND.’

Crucially, the agreement might set a legal precedent for leading financial institutions to embrace Web3.0 in their online business and how they interact with their customers and wider communities. The news comes as a welcome boost to cryptocurrency advocates who have faced regulatory resistance in past few years as a result of the expansion of risky cryptocurrency-linked services for clients. The presence of a well-known worldwide bank might signal the beginning of institutional market acceptance of blockchain-technology aided non-fungible tokens (NFTs).

HSBC Asia-Pacific chief marketing officer Suresh Balaji said “Individuals will interact with Web3, the next version of the net, in the metaverse, employing immersive capabilities such as augmented reality, virtual reality, and extended reality.”

“At HSBC, we view developing platforms as having enormous capability to develop innovative experiences for our present and prospective clients, as well as the communities we represent.” he added.

The Sandbox is a metaverse, as per Animoca Brands, that provides a “ongoing public virtual world where countries and brands intersect.” Furthermore, tradable NFTs are used in the metaverse to enable players to develop, play, and monetize their works. To put it another way, gamers aren’t the only ones who participate.

HSBC joins almost 200 other companies that have so far established themselves in the metaverse, which is significant for Animoca Brands. Gucci, Warner Music Group, Ubisoft, Snoop Dogg, Adidas, and Atari have indeed partnered with Animoca Brands to let users build their customized stories utilizing both unique and popular personalities.

“We are foraying further into metaverse via our relationship with The Sandbox, enabling us to develop novel brand identities for current and prospective consumers. We’re looking forward to collaborating with our sports collaborators, brand advocates, and Animoca Brands to jointly create instructive, inclusive, and affordable events.” Mr Balaji said.

As per a latest research by PricewaterhouseCoopers, the worldwide metaverse industry would rise from US$45 billion two years back to more than US$1.5 trillion in 2030, representing a 3,200 percent increase. Animoca Brands disclosed a few days back that its patented Benji Bananas game title would use ApeCoin as a “play-to-earn(p2e)” token, which is a hint of events to arrive in terms of NFT progress.

ApeCoin is an ERC-20 governance and utility coin created by the ApeCoin DAO to enable a decentralized community growing at the limelight of Web3.0. ApeCoin will be “embraced” by the Bored Ape environment as the principal token for future services and goods, according to Animoca Brands.

Bored Ape Yacht Club (BAYC) is an Ethereum blockchain based NFT series that features algorithm-based avatars of apes, which was first produced by Miami-headquartered startup Yuga Labs. The initiative began with a real-time pre-sale in April 2021, and it has since built a library of over 10,000 NFTs.

Furthermore, the library has evolved to include spinoffs including the Bored Ape Kennel Club (BAKC) and Mutant Ape Yacht Club, presumably indicating future appeal (MAYC). Holders of Bored Ape NFTs are instantly given entry to a personal web club and intellectual property (IP) protection for the photographs they possess, which is one of ApeCoin’s distinctive characteristics.

The initial step of the transformation, according to Animoca Brands, was completed with the sales of Benji membership permits, which allowed gamers to acquire unique tokens in the Benji Bananas play. Animoca Brands revealed that the game would migrate to a play-to-earn (p2e) system on Ethereum, beginning with the release of “Benji passes” — a function that allows game users to win extra prizes while enjoying Benji Bananas but still being tradeable with ApeCoin.

“We think that this is the start of institutions using Web3 and the metaverse to drive brand image and participation in this new environment,” he added. Benji Bananas is a free-to-play smart phone game that has received more than 50 million installations from Apple’s App Store and Google Play. 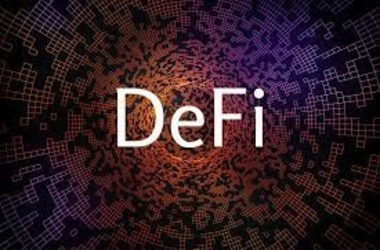 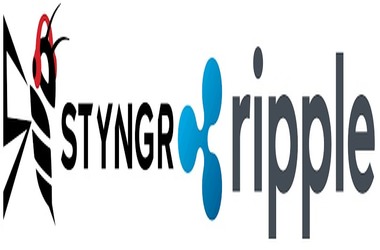