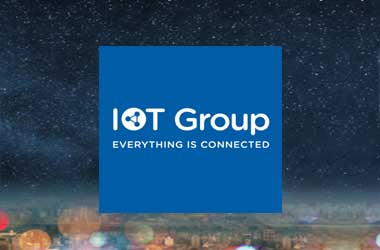 Sydney-based IoT Group Limited has signed an agreement with Hunter Energy to create a blockchain applications centre (BAC) behind a grid and within a decommissioned coal-based power station. Hunter Energy is currently focused on recommissioning the Hunter Valley-based power station by the first-quarter of 2019. Once the power station is back online, IoT Group will be able to obtain power at wholesale cost, which will make its operations more economical. IoT Group will also be able to offer its services at a competitive cost to its clients.

Such an arrangement is done for the first time in Australia. This may also encourage IoT to shift their international blockchain operations to the proposed Hunter-Valley power station site, which is two hours from Sydney. IoT has compiled a statistics underlining the advantage of this project. According to IoT, an average Australian household pays around A$0.28 per kilowatt-hour. In comparison, Bitcoin network consumers 32 terawatt-hours each year. This equals to about 16% of Australia’s consumption in 2017. As it can be understood, Australia’s power is expensive and inefficient. This discourages enterprises to make use of distributed ledger technology, despite other advantages it offers.

Based on the arrangement made with Hunter Energy, IoT’s clients will be paying only eight cents during the day and five cents at night. As the energy cost is lower, the blockchain solution offered by IoT would be attractive to clients in Australia.

To develop revenue streams in Blockchain, IOT has incorporated IOT Blockchain Advisory Service Pty. Ltd. (A 100% owned subsidiary of IOT Group Limited) and will seek to partner with blockchain specialists to monetize the blockchain opportunities in light of the proposed IOT Blockchain Applications Centre.

IOT is currently in negotiation with a major data complex builder/developer and service provider, to co-locate a data complex at the Hunter Energy site. IOT’s intention is that build out costs and development costs of the proposed BAC and data centre would be borne substantially by a third-party developer, so as to minimize costs to IOT to develop the BAC.

IOT is also negotiating with suppliers to deploy Australia’s first BAC to facilitate various Blockchain based applications at the Hunter Energy power station.

“IOT needs to follow the Internet of Things (IOT) trends and develop IOT businesses and opportunities to benefit IOT Shareholders. By locating IOT BLOCKCHAIN operations at the Hunter Energy power station in the Hunter Valley with proposed access to electricity at wholesale cost, this will be a first in Australia and has good prospects of attracting interest from Australian and international Blockchain operations, looking to locate where they have surety of Sovereignty and the benefits of low cost power.”

$51mln Worth Bitcoin Transferred from Gemini to Binance