IOTA has tweeted that Porsche Digital Labs is collaborating with it to work together on the ‘Program 4’, a project visualized by Startup Autobahn. Founded in May 2016 by Daimler, University of Stuttgart, Plug and Play, and Arena, Startup Autobahn has incubated 9 more start-up, in addition to working on various projects related to future mobility. At the upcoming Expo Day in July 2018, Startup Autobahn is planning to showcase its projects.

The company has recently added Porsche, IOTA and other tech start-ups to build a novel platform for smart mobility. Notably, Porsche has started testing the application of blockchain technology in the automobile industry. The technology augments vehicle authorization, while offering a secure network.

The @PorscheLab is looking forward to work together with @IOTA and @Porsche on a @StartupAutobahn Project. Congratulations to all of you! ? https://t.co/5H92mnrckQ

Earlier in February The Chief Digital Officer (CDO) of Volkswagen Johann Jungwirth presented in the Bosch Connected World 2018 IoT focused conference (BCW18) and presented a detailed view of how IOTA (IOT) will play an important role in shaping up the global autonomous vehicle market, with Internet of Things as the platform.

IOTA uses ‘Tangle’ which is a Directed Acyclic Graph, known as a DAG. Tangle solves both scalability and transaction fee issues faced by Bitcoin (and other cryptocurrencies). This is done by requiring the ‘Sender’ in a transaction to perform a kind of proof of work which approves two transactions. The network transaction speed increases as the number of users increases (unlike blockchain based cryptocurrencies which get slower with an increase in the numbers of users). It also eliminates the need for users to pay ‘miners’ for doing the proof of work.

With a market cap of about $6.58 billion, IOTA (MIOTA) is ranked 9 in the list of cryptocurrencies. At the time of writing this article, the coin was trading at $2.38. 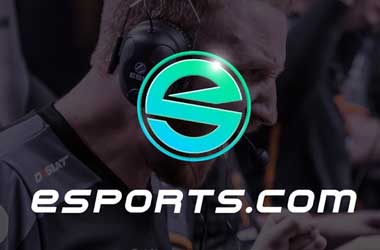