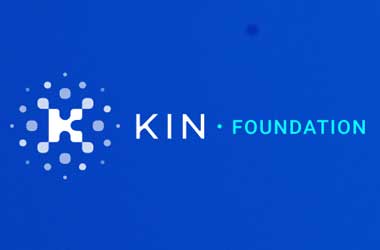 The Kin Foundation has started has started accepting applications for the Kin Developer Program from July 11.

Under the program, up to 25 developers will be provided with a total of $3 million to build and maintain independent “Kin economies” during the next six months.

The team, which introduced Kik messenger and the KIN cryptocurrency is interested in reactivating the virtual market based on their code. A developer who is accepted into the Kin developer program will receive a grant of up to $116,000, along with other necessary resources for creating apps based on the Kin Ecosystem SDK and Kin Marketplace. The payment will be made in a combination of 400 million Kin crypto token and $60,000 US dollars.

Only those applicants who have implemented at least one custom P2P (peer-to-peer) application will be considered for the program. The application for the program is accepted until August 10, 2018. One of the main conditions to be satisfied by the app is that it should enable users to earn and spend Kin in virtual environments.

In May 2017, Kik messenger revealed the plan to launch virtual currency as a major step towards the creation of a decentralized ecosystem of digital services. In September 2017, the token sale was concluded with the participation of 10,026 individuals in 117 countries. The project raised nearly $100 million through the ICO. Later, Kik started KIN integration and select digital services were brought into the fold of Kin Ecosystem in the first quarter of 2018.

The main objective of the KIN cryptocurrency is to build a viable alternative and open ecosystem of digital services and tools for digital communication and commerce that would lay more emphasis on consumer experience. Regarding the digital services, Kik stated

“Digital services, such as chat apps and social networks, are bringing together communications, information, and commerce in new and unprecedented ways. For future generations, digital services will be a natural and core aspect of their daily lives. We believe that a broad group of participants can come together to create an open ecosystem of tools for digital communication and commerce that prioritizes consumer experience. That’s why Kin was created.”

Kin’s creators claim that it is the world’s most “consumer-ready cryptocurrency”. The blockchain underlying the cryptocurrency can support over one million transactions on a daily basis. Furthermore, the Kin ecosystem SDK also facilitates fast and hassle free integration with the Kin platform. This provides new opportunities for users to earn and spend KIN from within an app or from the Kin Marketplace offer window.

After building an app, a developer should create a Stellar account and wallet for every interested user. The app should call relevant SDK functions to perform buy and sell transactions using the wallet of the user. Users should be able to monitor their account balance and transaction history.

Kik messenger is a freeware instant messaging mobile app created by a Kik Interactive, a Canadian company. The app is available for both iOS and Android devices.