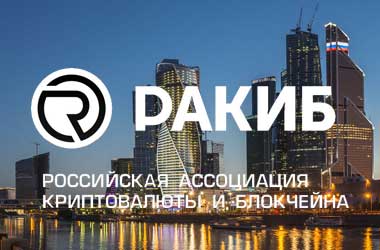 Despite delay in passing the cryptocurrency regulation bill, the Russian Association of Cryptocurrencies and Blockchain (RACIB) has successfully created a registry of whitelisted enterprises which offer blockchain related products or services.

Regarding the whitelist RACIB stated

“The list of trusted companies will allow Russian and foreign market participants to base their work on trusted organizations and minimize the risk of fraud in the creation and development of Russian or foreign business in the field of mining, trading with cryptocurrency, blockchain technology and ICO.”

RACIB revealed that the registry “consists exclusively of organizations that have undergone voluntary verification of reliability.” The verification criteria include but not limited to “financial sustainability, experience and business reputation, lack of judicial judgments, availability of licenses and certificates (if necessary), [and] no arrears of taxes and fees.”

While mentioning that about 30 applicants are being verified, RACIB stated that the registry includes more than 50 companies. According to RACIB, the whitelisted companies are “trusted organizations which have already passed the verification procedure.”

RACIB will consider the online application from any blockchain related Russian legal entity. The association further stated that “The average period for document review is 10 days. At this time, third-party verification is not performed.”

Elina Sidorenko, head of the State Duma’s interdepartmental working group tasked with risk assessment of cryptocurrencies, explained the reason for the delay in a discussion with Hash Telegraph. She stated that the Russian cryptocurrency laws will be adopted after the “FATF [Financial Action Task Force on Money Laundering] standards are developed with respect to the risks of using cryptocurrency.”

Elina explained that lack of FATF policies will make it difficult to adopt national legislation. The draft of the FATF document was expected to be studied during the June 27-29 session. However, it was later postponed to September.