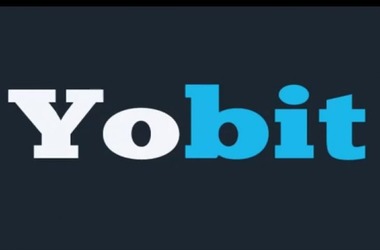 One of the main complaints of crypto skeptics is that the market is controlled by few big whales and exchanges. In fact, the US regulators have begun investigation on allegations of price rigging in the crypto market.

An announcement made by YoBit exchange today has given further another chance for skeptics to question the manner in which price recognition happens in crypto market.

YoBit has unveiled a pump scheme on random coins, arguably illegal according to free market rules, according to a tweet made earlier today.

A pump and dump scheme is a sort of fraud that endeavors to falsely increase the value of an asset via deceiving or bogus recommendations. Along with the pump scheme in a tweet, the exchange initiated a countdown clock on its website for a ‘YoBit pump.’

Russia based YoBit, a cryptocurrency exchange founded in 2015, provides access to hundreds of cryptos. Previously, the trading platform had several times hit the headlines for wrong reasons such as suspicious activity and withdrawal issues. On average, YoBit’s daily trading volume is roughly $28 million.

The crypto community reacted spontaneously, with some users raising doubts whether YoBit’s Twitter account had been hacked, and others questioning the morality of such an operation. A user wrote:

maybe their twitter is hacked ?! I can’t believe this

Thanks for the link. Looks like Yobit is serious about it, unbelievable. Also, never meant to say you yourself edited the image and you are right credibility, is everything in this space. Sill surprised to see an exchange do this.

An user with handle @PsychedelicBart tagged the U.S. Securities and Exchange Commission (SEC) in one of his comments:

Earlier in November 2017, an investigation report published by Business Insider revealed that traders were using messaging app Telegram to perform pump and dump operations on YoBit. However, the exchange is yet to respond to the questions and concerns raised by crypto community.