Ripple’s XRP Based Product May Go Live Next Month

Ripple’s XRP Based Product May Go Live Next Month

Blockchain Ripple might introduce a commercial application of its crypto-currency product “next month or so”, a CNBC executive announced.

Sagar Sarbhai, Ripple’s head of regulatory relations for Asia Pacific and the Middle-East, said that the company had made considerable improvement with its xRapid product, which is designed to speed up transactions for banks utilizing crypto XRP.

In an interview with CNBC’s Arjun Kharpal Sarbhai said “I am very confident that in the next one month or so you will see some good news coming in where we launch the product live in production.”

Ripple stated that its xRapid product employs the XRP crypto currency as a sort of “bridge” between currencies, empowering payment providers and banks to handle quicker cross-border transactions.

For instance, a bank may perhaps want to process an exchange from the US dollar to Indian rupees. According to Ripple, this procedure requires pre-financed accounts in local currency to take place.

With xRapid, Ripple claims that the method would be quickened by the conversion of US dollars into XRP tokens, then to shift the money abroad and at the other end exchange it into Indian rupees.

The company has entered into contracts with a number of prominent financial institutions, such as Santander, American Express, Money Gram and Western Union, among others. But these associations have either not been linked with XRP or are stringently xRapid testing. Not a single bank has as of now started to test the crypto currency product.

Sarbai disclosed that more than 120 banks and financial institutions are right now working with Ripple and utilizing its blockchain – based xCurrent product. Blockchain, or distributed ledger technology, is generally defined as a decentralized ledger for recording transactions, shared at numerous locations and with no central agency controlling it.

Brad Garlinghouse, Ripple’s Chief Executive, had earlier this year said that the start-up will encompass dozens of banks using xrapid by the end of 2019.

So far, authorities have embraced a cautious attitude on crypto currencies because they dreaded that they could be utilized for unlawful practices such as money laundering or that investors might be cheated. An additional concern is the volatility associated with cryptos, which increased to record levels in the final quarter of 2017, only to reverse considerably this year.

Sarbhai said that the regulatory atmosphere for blockchain and cryptocurrency sector is progressing and financial watchdogs understand the advantages of crypto.

“A couple of years ago the narrative was: blockchain good, crypto bad. What we’re now seeing is more and more regulators, policymakers taking the whole space in one conjunction. So, I think that narrative thankfully is now changing because policymakers, regulators are seeing that there is a strong benefit that digital assets, cryptocurrencies bring in.” 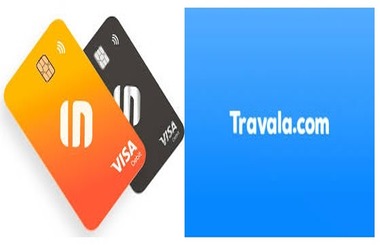