Chris Larsen, co-founder and executive chairman of Ripple has shared exciting news with the cryptocurrency investors and enthusiasts.

Larsen revealed that Ripple has inked over 100 production contracts and ready for commercialization.

Larsen provided the information after assuming the role as a speaker at the Crypto Finance Conference in Half Moon Bay, California.

In the image provided below, the screen behind Larson provides the list of “100+” companies that have entered into an agreement with Ripple.

The announcement means that these companies are committed to the integration of Ripple’s technology, after completing the testing process. One or more products of Ripple may be used by the firms.

Ripple offers a range of software solutions built to assist financial institutions enhance the speed of transactions, while minimizing the cost. 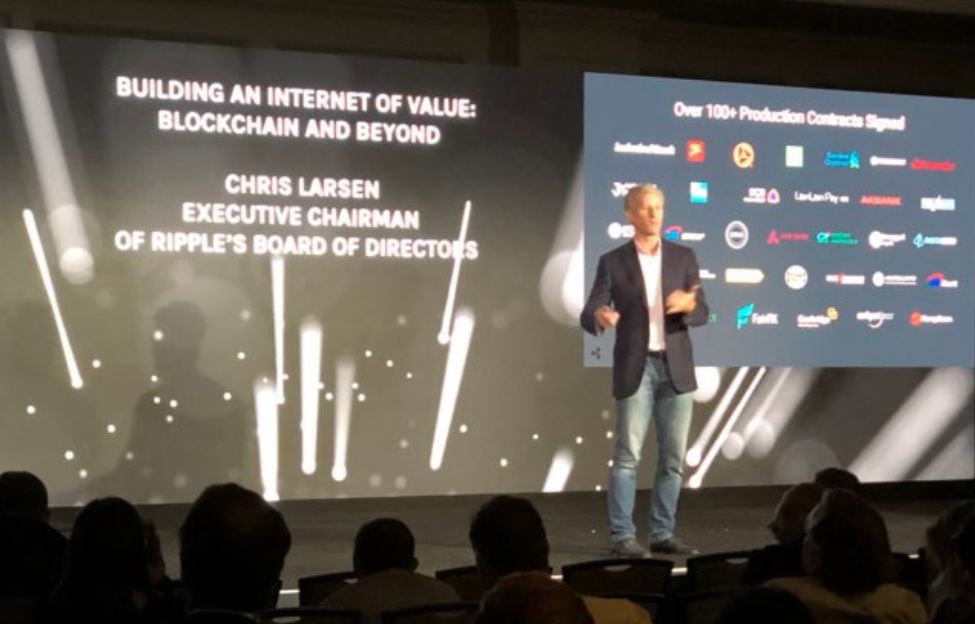 Those who follow Ripple regularly may not find the news surprising as the firm’s CEO Brad Garlinghouse has previously stated that Ripple is signing up at least one production contract with a bank every week.

“It’s been an incredible 2018 for us. We’re now signing up one bank to a production contract per week. We announced that we signed the largest bank in Kuwait, the National Bank of Kuwait, so if [Ripple] continues to build momentum and the dynamic there is the network effect. The more participants, the more value in joining. So we’re seeing that momentum build.”

Roughly 60% of the total supply of XRP tokens is held by Ripple and 91% of those tokens are locked in escrow.