Samsung Electronics, the world’s biggest manufacturer of semiconductors and smartphones, is looking at blockchain technology for efficient supply management. According to Samsung SDS, the company’s logistical and information and technology arm, Samsung could save as much as 20% on shipping costs. SDS is currently working to create a distributed ledger based system to track global shipments worth tens of billions of dollars.

According to Song Kwang Woo, the blockchain chief and vice-president at Samsung SDS,

“It will have an enormous impact on the supply chains of manufacturing industries. blockchain is a core platform to fuel our digital transformation.”

Gartner Inc., an American research and advisory firm providing information technology related insight for IT and other business leaders located across the world, has estimated that blockchain technology based businesses will create $176 billion of value by 2025.

IBM, which IBM has partnered with shipping giant Maersk to launch a block chain technology based solution for the shipping industry, has estimated that documentation and administration charges make up 1/5th of $1.8 trillion spent annually to move goods across borders. Block chain can not only show the location of the containers in transit, but also the status of customs documents such as bills of lading, etc. Therefore, workflow can improve, while reducing processing costs and enhancing visibility by integrating shipping processes and partners.

SDS said it anticipates handling 1 million 20-foot-equivalent (TEU) shipping units and 488,000 tons of air cargo in 2018. This would include Galaxy S9 phones and LED displays manufactured by Samsung Electronics.

According to Cheong Tae Su, professor of industrial engineering at Korea University in Seoul,

“It cuts overhead and eliminates bottlenecks. It’s about maximizing supply efficiency and visibility, which translates into greater consumer confidence.”

Earlier in November 2017, Samsung SDS has won an order from the Seoul city government to draw up a roadmap to apply blockchain for administrative use. Seoul plans to apply blockchain in municipal duties that actively collect private information of citizens. It will apply blockchain to all administrative duties by 2022, including in public transportation, social security, and public safety. Samsung also signed an agreement with Thomson Reuters to implement Samsung SDS Nexsign TM, a FIDO certified biometric authentication solution, into several of Thomson Reuters mobile and web-based applications. 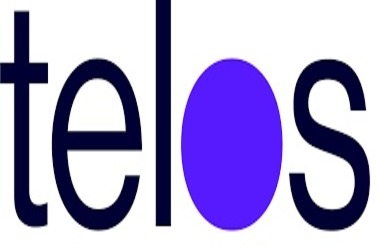