ZCash (ZEC), a cryptocurrency laying emphasis on privacy, successfully completed its Powers of Tau ceremony earlier this week. The ceremony is all about creating random code to enhance ZCash’ privacy protocol. Individual developers, teams, community members and crypto enthusiasts, totaling 90 in number, participated in the ceremony.

Once the coding was completed, the participants destroyed the cryptographic “toxic waste” – the software code written to secure the protocol. This was done to ensure that no one hacks the network in the future or creates a counterfeit token.

These actions were taken to prepare the network for the two hard forks, Overwinter and Sapling, planned later this year. In this regard, the first version of ‘zcashd (zcash 1.1.0)’ that supports Overwinter was released yesterday.

The first Overwinter compatible Zcash release, 1.1.0, is out! https://t.co/n6diugzkoO

Overwinter is the first network upgrade for Zcash. So, it won’t result in the creation of a new altcoin. The purpose is to strengthen the protocol for future network upgrades. It includes versioning, replay protection for network upgrades, performance improvements for transparent transactions, a new feature of transaction expiry, and more.

It is the first Overwinter-compatible version of the Zcash node software.
The release sets the Overwinter activation block height on the main network, currently targeted for June 25th, 2018. Once activated, the main chain will start enforcing the new consensus rules.
Summary of the changes included in this release
1. Set the Overwinter mainnet activation height.
2. Deprecated -mempooltxinputlimit.
3. Pulled in support for the NODE_BLOOM service bit.
4. Fixed a bug in the block index rewinding code added in 1.0.15.
5. Fixed a bug in z_mergetoaddress when running it several times in parallel.
6. Fixed a bug where mainnet auto-senescence heights were applied to testnet and regtest.
7. Fixed bugs on several unsupported platforms.
8. Made Rust compilation mandatory.
9. Added support for Rust crates to the depends system.
10. Upgraded OpenSSL to 1.1.0h.
11. Improved the error message for “absurdly high fees”.
12. Added logging of expired transactions.

Powers of Tau is mainly targeted at Sapling hard fork, which will incorporate exciting features such as a payment disclosure method, issuance of zcash tokens, and inter-blockchain transactions. 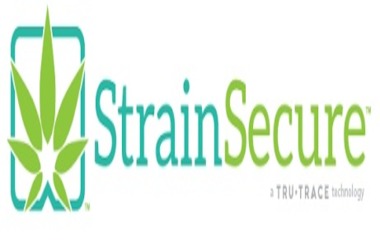 G20 Expresses Optimism About Impact of Cryptos On Global Economy