Tron (TRX), which is going to launch its mainnet on May 31, has partenered with vSport, the world’s first fully open, non-profit, blockchain-powered platform specifically designed for the sports industry. Under the agreement, both parties will share resources, deliver premium content, collaborate on technical issues, build communities and expand their reach.

Furthermore, Tron and vSport will take steps to spread the use of blockchain technology in the sports industry, while contributing to the development of soccer industry’s blockchain ecosystem.

The FIFA World Cup, which is usually watched by over 3 billion people across the globe, is scheduled to begin in Russia on June 14. While soccer once again hogs the limelight, Tron and vSport will work together to create a blockchain-based soccer forecasting platform that will provide an exceptional soccer watching experience. vSport is also planning to join hands with other ecosystem partners to create the first world cup supported by blockchain technology.

Looking forward to our cooperation! #Tron and #vSport ⚽️ https://t.co/Y4iVbKZHPx

TRON is the world’s largest blockchain-based dApp OS , which aims to decentralize the Web by building the necessary infrastructure. The TRON Protocol, one of the largest blockchain-based operating systems in the world, offers scalable and high-throughput support that serves as the foundation for all decentralized applications in the TRON ecosystem. Developers can use the TRON Protocol and virtual machine to develop apps for themselves or the community, use smart contracts for crowd funding, and issue digital assets. DApps like CallMe, Uplive, Game.com, Kitty Live, and Mico are currently operated on the TRON Protocol, with more than 100M monthly active users from over 100 countries and regions.

Registered in Singapore, vSport is a blockchain project under Sports Value Foundation, which was cofounded by Internet/AI entrepreneur Qiang Bai and soccer star Wesley Sneijder. The project’s founding partners include world’s largest sports social media powerhouse 433 (headquartered in the Netherlands) and China’s largest youth sports platform Sport8. vSport is working to build a sports ecosystem, not only through cross-chain partnerships to establish a soccer ecosystem, but also by forming alliances with leading companies in smart wearables, national team nutritionists, authorized distributors at the World Cup, and world-class payment systems. Through these efforts, vSport created a blockchain community with a massive amount of traffic: 30 million fans around the world, and 15 million supporters in China. vSport expects to launch a sports value assessment algorithm and a transaction platform in the future.

“Soccer is the biggest sport in the world. It has the largest fan base, and the community has always had a keen sense and great enthusiasm for new things. Combining soccer, and even sports in general, with blockchain technology will effectively expand community support for blockchain. This will provide people with an enhanced experience of blockchain and even change their lifestyles. That’s what we are going for with this TRON/vSport partnership. Qiang Bai is a successful serial web-entrepreneur and is also a diehard soccer fan. Qiang has always sought to promote soccer. Then we have Wesley Sneijder, who not only helped the Netherlands dominate the field, but also has spearheaded soccer-related projects off the field. As a fast learner that embraces blockchain technology, it’s likely that Wesley will completely change the structure of the soccer ecosystem through this initiative. TRON very much looks forward to this partnership.”

“With sports models of the past, it is hard for fans to get rewards in exchange for their enthusiasm and contributions, which causes serious imbalance in the value structure. Collaborating with TRON allows us to join forces with another strong company, leveraging our soccer and sports resources to solve difficult soccer and sports industry-related issues. We will work together to build and nurture a healthy soccer and sports ecosystem. I believe this will be a great way to give back to soccer fans around the world.” 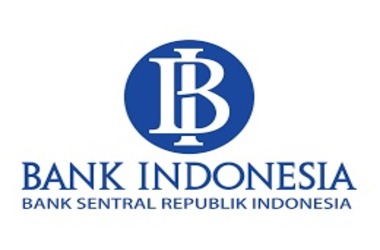