United Parcel Service (UPS) has filed a patent for a blockchain based system that could assist in simplifying package delivery worldwide.

According to the information revealed by the US Patent & Trademark Ofice (USPTO), UPS has developed a system that makes use of blockchain and distributed ledger technology (DLT) to dispatch packages worldwide using one or more carriers.

The patent application, filed by UPS on Feb 16, explains that there exists difficulty in coordinating logistics for shipments involving more than one logistics service provider, despite tremendous improvement in increasing efficiency and reducing costs over the past few years. The blockchain system developed by UPS precisely resolves this issue.

The patent explains the system as follows:

The century old UPS hopes to resolve the issue using an autonomous system that, in certain formations, employs a tamper-proof blockchain ledger to automatically forward packages through networks of multiple logistics service providers.

As soon as a package is scanned, the blockchain based system will automatically determine a route based on the service provided by connected shipping providers. Once the package reaches the destination, the blockchain ledger will record the information. This allows the system to rate whether a logistics provider meets the obligations while offering the service.

The patent also indicates that the system could be even built to make room for interlocked DLT networks that use smart contracts to pay multiple parties within the supply chain, following the fulfillment of obligations within a specific leg of the shipment. When built over a public blockchain network, the system could even perform value transfers using cryptocurrencies such as Bitcoin or Ether. 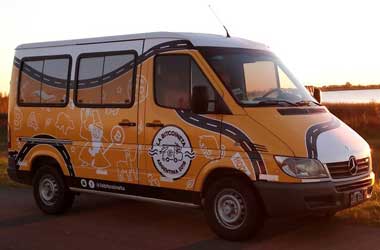