ZEGO To Use Blockchain To Avert Future Monsantos

ZEGO To Use Blockchain To Avert Future Monsantos 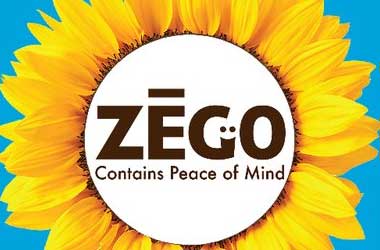 On August 11, fertilizer giant Monsanto was hit with a $289 million penalty in the first ever trial over allegations that its weed killer induces cancer. The verdict was given in a case involving Lee Johnson, a former school groundskeeper, who was seeking $412 million in total damages.

The judges slapped Monsanto with a penalty of $39 million for personal losses and $250 million as a punishment for the design defect and failure to warn the risks.

The judges accepted plaintiff’s claim that glyphosate, which is a constituent of the herbicide, caused him cancer. Now, ZEGO, a blockchain startup has filed a patent which describes a system to analyze foodstuffs for glyphosate.

ZEGO has stated that it had originally developed the system to assist clients to make informed health choices. The system details about the existence of allergens and gluten in various items.

ZEGO states that glyphosate testing can be used to verify suppliers’ proclaimed organic and non-GMO certifications, which may be fake. ZEGO’s press release says:

Glyphosate has been the subject of thousands of lawsuits and studies alleging correlation to cancer and celiac-like symptoms. This has prompted debates over how much exposure is safe. But the argument over safety thresholds is academic…because consumers have no idea how much they are ingesting. Most…companies do not test for glyphosate, even though numerous studies have measured surprisingly high amounts of it in some packaged [and] even organic foods.

Last month, the UK’s Food Standard Agency (FSA) successfully finished testing a blockchain based regulatory tool, which can be used to ensure compliance in the food sector. The organization, however, noted that the potential of blockchain technology can be fully realized only if there is an industry wide adoption.

Do you know about #glyphosate, the chemical in Roundup? Find out why ZEGO is testing for it and how you can avoid it. #glyphosate #realfood #Blockchain #organic #nongmo #zego #zegosnacks https://t.co/89pim2w9Zn pic.twitter.com/hWE2nSbUnL