The value of the Waves tokens rose against the us dollar after the company began the process of launching new smart contract protocol on its mainnet.

The Waves Smart contract rules of conduct will come into force one week after the mining community agreement comes into effect at 80%, the company revealed on Steemit. It will start with the publication of Smart Accounts-non-turing Smart contracts-which will lineup some popular and in-demand characteristics such as atomic swaps, multi-signature wallets, token freezing, data oracles and whitelist voting.

Waves’ novel rule of conduct also proposes to present a promising solution to Ethereum’s famous gas expense problems. In its statement, the company assured that they will cancel gas fee for a benchmark transaction fee-that would be very trivial for the network and is completely predictable. Sasha Ivanov, Wave’s founder and CEO, said

“We are creating a user-friendly blockchain platform that will be easy for anyone to use. To achieve this we are trying to look at the system through the user’s eyes and understand what they most need. This is the essence of our approach to Smart Accounts.”

Following the announcement, the WAVES/USD

Waves coin is presently ranked 36 by market capitalization. The cryptocurrency saw a trading volume of $11 million in the past 24 hours on exchanges such as Binance and Tidex, which is Waves own decentralized exchange.

We are happy to announce that our #smartcontracts launch process on MainNet has officially started: https://t.co/hlQoz97LqR

It’s just the beginning, folks — the start of many wonderful things that will be happening in the #Waves ecosystem in the future!#Blockchain $WAVES pic.twitter.com/vFdYPeQi7L

Notably, SIMDAQ, a robust marketplace based on #WavesPlatform technologies, has been launched earlier today.

SIMDAQ, a powerful marketplace and ecosystem based on #WavesPlatform technologies, has been launched! Trading courses, trading simulator based on a real historical data, tool for making your own trading bots — read more about it here: https://t.co/B5xMfcuu4u#WavesLab $WAVES

The three modules in the Simdaq platform are as follows:

Two modules are presently available for users. The third module will be soon launched at the second release. 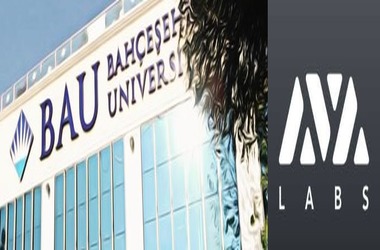