Despite the overall bearish sentiment, Dogecoin, one of the favorite cryptocurrencies of investors, has been on the rise of late.

The price of Doge coin, 20th largest by market cap, has almost tripled in value (USD) over the past two weeks.

While the entire market has dropped by more than 20% in the past two week, Doge coin has been appreciating, which is quite impressive.

All other popular altcoins are down by between 1% and 3%. There is no lack of liquidity as well. the Doge based pairs are recording a trading volume of about $80 million per day.

Yesterday, Kevin Rooke, a Canadian cryptocurrency researcher, tweeted an interesting analysis about Doge coin.To begin with, Rooke described the continuously changing market sentiment towards Dogecoin. Back in 2017, Doge was seen as a joke. A year later, the meme currency, which has become synonymous with micro-transactions, has made other cryptocurrencies look like a joke.

Dogecoin may have started as a joke, but their community is now the envy of the crypto world pic.twitter.com/YXIzqJWHez

To back up his claim, Rooke used statistics to compare Doge with other cryptocurrencies which have been in existence for a long time. Based on the daily “Adjusted Tx Volume (USD),” Rooke has pointed out that Dogecoin’s volume is 3x that of Bitcoin Cash, 13x Dash, 8x Litecoin, 41x Bitcoin Gold and 35x Decred.

In other words, Doge network continues to record millions of dollars’ worth transactions. Furthermore, Dogecoin has a huge number of active accounts (72,593 in the last 24 hours), which is slightly higher than that of Litecoin’s 70,661 and far exceeds Bitcoin Cash’s 32,029 and Dash’s 38, 240.

Statistics aside, the adoption of the cryptocurrency continues at a brisk pace, amidst the bear market.

Many crypto enthusiasts and analysts believe that the spike was due to the launch of Dogethereum alpha on August 18. Dogethereum is a project that took shape from the thirteen month partnership between Doge and Ethereum communities.

The aim of the project is to integrate some features of Ethereum into Doge network, the most notable being the ability to deploy smart contracts. Initially, both communities planned to split Doge chain through a hard fork, with DOGX being the ticker for the new crypto. However, in the best interest of Doge, the communities decided not to split the Doge chain.

The last sentence in Rooke’s tweet sums up everything:

“Dogecoin may have started as a joke, but their community is now the envy of the crypto world” 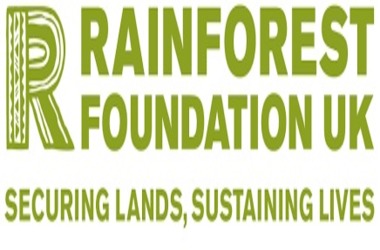