What Prompted WAX To Select EOS Blockchain For Its P2P Marketplace?

What Prompted WAX To Select EOS Blockchain For Its P2P Marketplace? 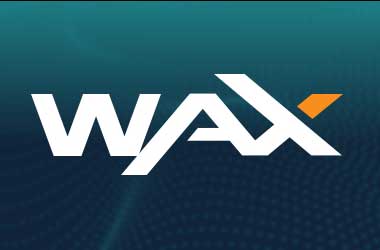 EOS blockchain, which aims to become a decentralized operating system that supports industrial-scale apps, will be used to build a peer-to-peer marketplace by Wordwide Asset eXchange (WAX). The team behind WAX founded OPSkins, the world’s leading marketplace for online video game assets. The decision to use EOS blockchain platform was based on a detailed evaluation of the technology underlying the EOS platform. Furthermore, the WAX developers studied code stability, code maturity, development community size, documentation, and features offered by other blockchains, before deciding to use the EOS platform for their project. The developers are planning to build a variant of the EOS blockchain that will incorporate several unique functions and features that satisfy the requirement of WAX.

Despite having a superior technology, the EOS platform does not support features such as Guilds and dispute resolution through voting. This prompted WAX developers to plan the creation of WAX ecosystem over the EOS platform. This process would enable the WAX platform to share the advantage of EOS blockchain, while having additional custom-built functions and smart contracts designed specifically to support the unique feature of the P2P platform. Notably, the WAX platform will be integrated with OPSkins, a marketplace where more than 5 million digital collectibles are being traded. The WAX tokens can be used within the OPSkins ecosystem to complete a transaction. The WAX platform will also be integrated with ERC721 blockchain-based games such as CryptoKitties.

Anthony Diiorio, CEO and Founder of Decentral and Jaxx stated

“I fully support the decision by WAX to build their tech on the EOSIO platform. Since the inception of EOS, their team has focused on reducing transaction fees and improving transactions throughout.”

Diiorio, Co-founders of Ethereum and currently an advisor for WAX, further state

“As someone who supports a variety of platforms and projects, I’m confident that the decision WAX has made to align with the team from EOS has been well thought out and makes sound sense.”

Lukas Sliwka, Vice President of Engineering at WAX said “After months of deliberation, we concluded that EOS is the best fit for the WAX marketplace overall. In addition to being one of the most popular platforms, EOS allows WAX DPOS implementation largely through configuration and small code modifications. Also, EOS provides a framework to execute WAX smart contracts and transactions while having existing scaffolding for Wallet and WAX Connect clients.”

Why EOS was the choice of WAX developers?

A platform to build a P2P marketplace should support the following features:
• Users of marketplace (DApp) should not be charged
• Support for millions of users
• Should be easily upgradable
• Should ensure that the DApp runs smoothly and with low latency
• Parallel and sequential processing capability

EOS platform is a solution to all the requirements given above.

Scalability – the platform uses distributed proof-of-stake consensus mechanism (DPOS) that can easily compute millions of transactions per second. Ethereum can hardly process about 20 transactions a second at this point in time.
Flexibility – since EOS uses DPOS, if a DAPP turns faulty, the elected block producers can freeze it until the system is taken care of.
Usability – allows well-defined levels of permission by incorporating features like web toolkit for interface development, self-describing interfaces, self-describing database schemas, and a declarative permission scheme.
Governanace – Every single transaction in EOS must include the hash of the constitution to the signature. This, in essence, binds the users to the constitution. The constitution and protocol can be amended, if necessary.
Parallel Processing – EOS provides parallel processing of smart contracts through horizontal scalability, asynchronous communication, and interoperability.
Self-sufficiency – Any blockchain based on the EOS software will have to generate a 5% natural inflation per year. This will be distributed to the platform’s block producers in connection with their confirmation of transactions on the platform and to the top three smart contracts or proposals that receive the most amount of votes from holders of such tokens. The reason why this happens is to make sure that a blockchain is not reliant on any one single one foundation, organization, or individual for its growth, development or maintenance.
Decentralized operating system – Ethereum is a decentralized supercomputer, EOS positions itself as an operating system. That in itself makes EOS, theoretically at least, a more focused product.

WAX is a decentralized platform that enables anyone to operate a fully functioning virtual marketplace with zero investment in security, infrastructure, or payment processing. WAX Tokens are utility tokens that allow virtual goods – and not just for use in video games – to easily be tokenized and exchanged for cryptocurrency. The WAX Platform will allow millions of traders to create their own virtual stores on one decentralized platform, providing instant payments, security, and trust services that will bring millions of new participants into a growing ecosystem.

WAX is designed to serve the 400+ million online players who already collect and trade video game assets and Crypto Collectibles. With the inclusion of the WAX simple exchange widget, gamers will have access to a worldwide market with blockchain trust and transaction verification.