After several weeks of range bound movement, the price of Bitcoin (BTC) started trending upwards, aided by a rise in momentum. The price hit a level of $61,233 on CoinGecko. Nevertheless, the sellers are yet to give up as the Bitcoin faced resisted at a level which was just $500 below the all-time high and fell below $60,000 once again.

While writing this article, Bitcoin has rebounded to trade at $60,145, reflecting a gain of 0.6% in the last 24 hours. On weekly and monthly time frames, Bitcoin has posted a gain of about 4% and 3.5% respectively.

Trader Byzantine General has tweeted a fundamental and technical analysis report of the market. He states that Bitcoin has more way forward and detailed that in the last few days, the crypto’s price rally has been affected by the trend in the futures market.

The image underneath indicates a very high funding rate. Hence, traders having long positions will not have adequate incentive to retain their position. Byzantine General pointed out that there is a sharp rise in the count of bets in favor of Bitcoin, stating:

“However high funding is only dangerous when the market is driven purely by derivatives greed. But there is also a pretty damn strong spot bid. So maybe it’s not that problematic.”

Subsequently, Byzantine General announced the closure of Grayscale Bitcoin Trust (GBTC). In the final leg of 2020, the product created a huge rise in demand for Bitcoin and at the start of this year, there is not adequate participation.

Funding has been consistently pretty damn high in the past couple of months and it still is to this day.

This is bad for 2 reasons:
1. it’s expensive to be long
2. it shows that being long is the overcrowded trade

It is mirrored in cryptos performance. In the final week of April, Grayscale will unveil a big quantity of Bitcoin that forms the core of the product. During that period, a rise in the demand for crypto could be seen.

With respect to fundamentals, indicators signal further rally. The hash rate of Bitcoin and difficulty are near their peak with an intact uptrend, and so are miners’ profits, and the value of trades in US dollar. The trader said:

With respect to the mining industry, the trader assessed that miners no longer liquidate their rewards, resulting in a decrease in the availability of Bitcoin in the market. As a matter of fact, in the last few days, miners have begun to buy Bitcoin, which is regarded as highly bullish. 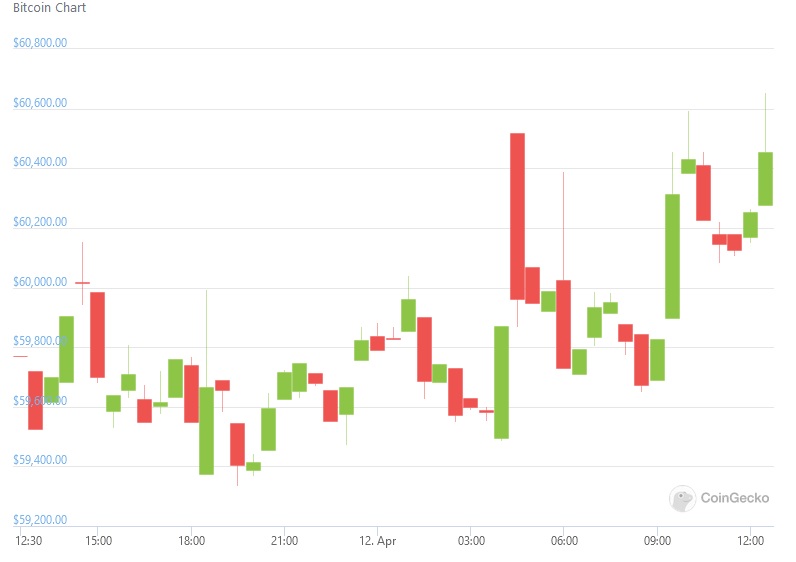 On the contrary, co-founder of Glassnode Rafael Schultze-Kraft studied the metric “Bitcoin’s Coin Days Destroyed,” utilized to assess the count of coins “spent” and opined that it is decreasing. Schultze-Kraft’s assessment matches with that of Byzantine General, implying that Bitcon has further way upside. He said:

1/ A thread on #Bitcoin miner metrics.

3/ #Bitcoin miners have been making more than $50 Million per day for the past month.

Put into perspective: A year ago this number was around $12 Million – that’s a 4x increase, despite the block subsidy being cut in half.