From a low of $5,838.03 on June 29, Bitcoin (BTC) has rallied to a high of $8,251.85 today, representing a gain of 41% in less than a month. Even by the standard of Bitcoin, it is indeed a steep rally. On its way, the uncrowned king of cryptocurrencies has wiped out bear operators who had more $230 million short positions. Outside the crypto arena, even skeptics were silenced. A look back at the crypto related events in the past one month would make us understand the reason for the rally.

On June 29, Bitcoin (BTC) breached below $6,000 for the third time in 2018. It was once again the last trading day of the monthly Bitcoin futures contract on the CME (Chicago Mercantile Exchange). As we can see from the chart below, Bitcoin has closed near its lowest level on all occasions, barring April and February. 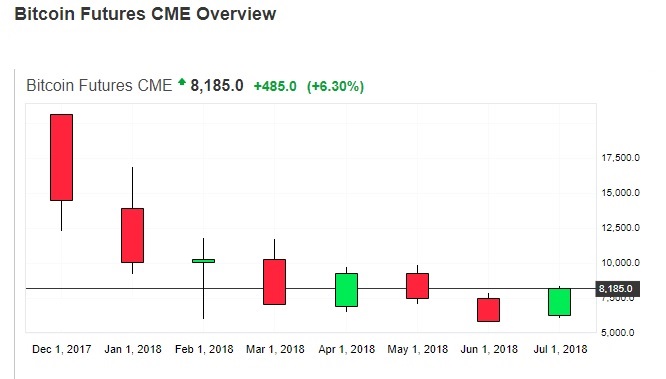 In fact, a letter released by the Fed precisely pointed out that Bitcoin’s sharp decline from its $20,000 peak was a result of the launch of futures trading by CME and CBOE. The impetus for the uptrend came in a few days prior to the end of the futures contract, in the form of a change in the policy related to cryptocurrency ads by Facebook. This pushed Bitcoin back to over $6,300 levels.
On July 2, Coinbase, the largest crypto broker in the US, officially launched its first crypto custodianship, providing institutional investors a platform to invest in crypto assets like Bitcoin with dependable infrastructure and storage. This boosted Bitcoin to above $6,600 levels.

Between July 10 and July 16, Bitcoin retraced to test its support at 6,350. However, on July 17, Bitcoin rallied past $7,000 level. The $700 rally washed away huge short sellers. There were two main reasons for the uptrend. Firstly, Goldman Sachs, one of the largest investment management institutions with huge dominance over the US securities market, appointed David Solomon as its CEO. Solomon is known to be a crypto friendly personality.

Secondly, reports emerged that BlackRock, the world’s largest asset management firm with more than $6 trillion dollars under its control, has setup a separate panel to study blockchain and cryptocurrencies. While there were some twists and turns related to the interpretation of news related to BlackRock, the market ultimately took it on its stride without a drop in momentum. The rally was kept alive by Bloomberg’s report saying that the CFA Institute, which offers the Chartered Financial Analyst designation, will include cryptocurrencies and blockchain to its Level I and II curriculums next year.

The increasing interest for Bitcoin (BTC) among main stream players was reflected by the 93% increase in the futures average daily volume (ADV), in the second quarter over the first quarter, at the Chicago Mercantile Exchange (CME).

CME also revealed that the the number of open contracts on Bitcoin futures has exceeded 2,400, representing a 58% increase in Q1.
The Bitcoin Commitment of Traders chart clearly illustrates the rising open interest.

Finally, the increasing expectations of SEC’s approval to Bitcoin ETFs have enabled Bitcoin to scale above $8,100. Notably, the incredible bullishness shown in the past month would have eroded the confidence of short sellers. Therefore, short sellers would be extremely cautious before hitting Bitcoin. The Bitfinex graph underneath clearly shows the gradual decline in short contracts, while long positions have risen. 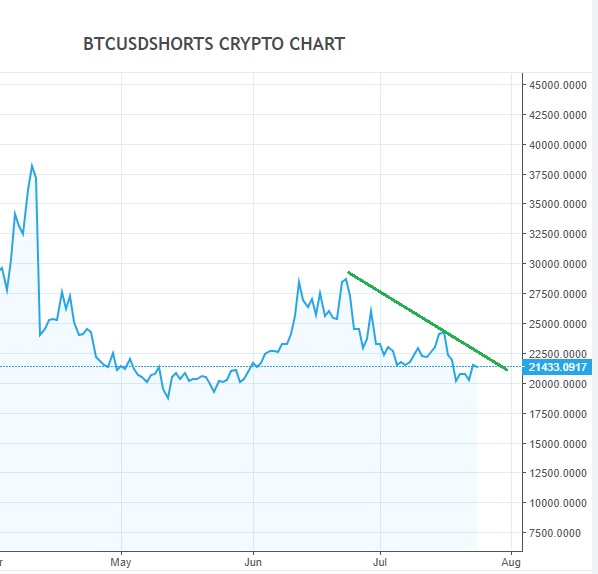 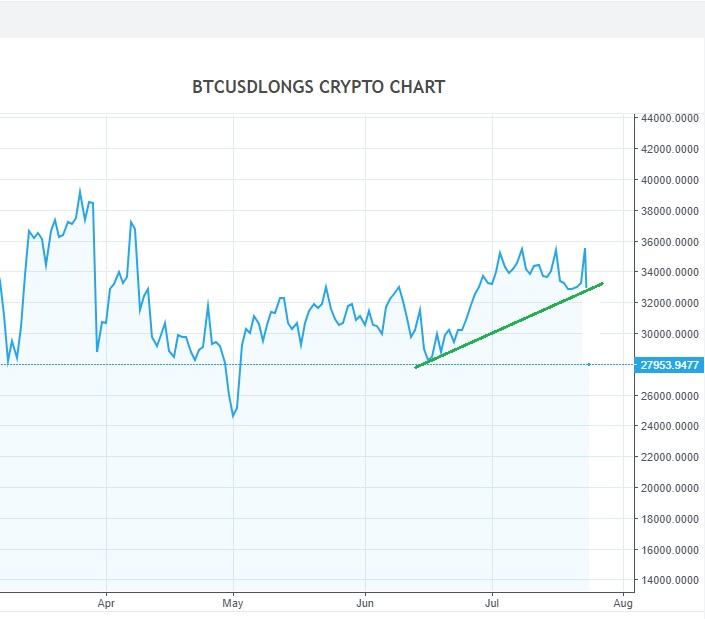 While technical indicate an overbought scenario, only time will tell whether the price correction may be deep or not.