One of the main issues faced by blockchain networks, apart from scalability, is the lack of compatibility. This situation is about to change with the launch of Wanchain 2.0. The Wanchain Foundation, which backs the development of “the world’s first and only interoperable blockchain with secure multi-party computing,” today officially launched Wanchain 2.0, which is completely linked to Ethereum blockchain. The information was revealed by Oliver Birch, Wanchain’s VP of Global Communications.

Wanchain uses a combination of “contracts, multi-party computing and threshold key sharing,” ether from the Ethereum blockchain network can be easily transferred to the Wanchain network, where they will be replaced with equivalent WETH tokens. Wanchain uses ring signatures and other private computations in its encryption protocol to enable signing a transaction on its platform without any risk to the private keys of the corresponding Ethereum address.

With the implementation of cross-chain functionality, ICOs and dApps on the Wan platform to communicate with not only Wan and ether tokens, but also other tokens on the Ethereum platform.
Through this step, the Wanchain Foundation aims to create “one massive, interconnected network of public and private blockchains and dApps all linked by Wanchain.”

Other possible applications the inter-blockchain bridge would allow are efficient and secure Wanchain-based DEXes, ICOs spread across multiple blockchains, and even decentralized trans-currency lending.

Notably, the applications are not limited to cryptocurrencies. Other real world uses cases include blockchain-based supply chains, interaction between government databases and healthcare systems.

The three main objectives of Wanchain are privacy protection, smart contracts and interoperability. The first two objectives were completed in January. With the release of Wanchain 2.0, the third objective is now achieved. It took more than six months for Wanchain team to complete the development, including one month of alpha and beta testing. Wanchain is the 62th largest cryptocurrency by market capitalization, with a mission to revamp financial sector by unifying multiple payment blockchains.

“It will enable us to build a bridge to the traditional financial world. A lot of traditional finance assets will be moved into private chains or public chains and once we connect them we can create private smart contracts, make all assets tradable and create a programmable digital economy across all these new assets and also traditional assets.” 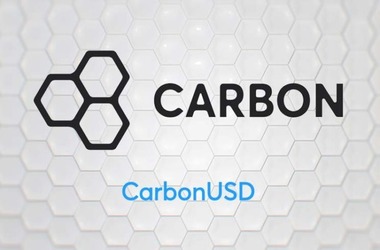