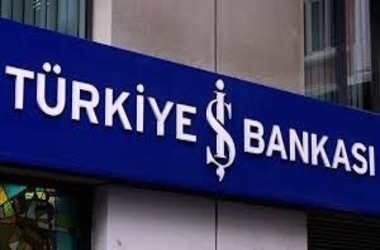 Isbank, one of the popular Turkish banks, has successfully completed the country’s initial global trade funding transaction using a platform powered by distributed ledger technology (DLT). This is another milestone in the country’s blockchain initiatives.

Notably, Isbank is the first Turkey based bank to partake in R3’s Corda platform earlier in 2020. It has also become the first Turkish bank to utilize blockchain technology on trade funding deals.

The funding took place on May 27, 2020 and the partakers in the cross-country dealing were İşbank, Kuraray Europe GmbH, Commerzbank AG and Şişecam. These financial institutions backed the shipment of laminated glass interlayers from Germany to Turkey.

The trial was finished on the Marco Polo network, which is known as a partnership network for receiving payments and funding of trade dealings. Isbank’s statement reads as follows: “Its DLT allows foreign trade transactions to be financed securely and in a very efficient manner. Transactions are safe and transparent and can be processed in a trusted environment.”

R3’s Corda technology permitted the trade deal data to be only shared with the parties who are involved in the trade workflow. Through this method, the settlement procedure was highly effectual comparatively to conventional dealings.

“Now, with this pilot transaction using blockchain technology, we are starting a reliable and easier period based on matching data in foreign trade.”

Enno-Burghard Weitzel, Head of Trade Product Management at Commerzbank, said “After having processed various Marco Polo Payment Commitment pilot transactions last year, we are now very happy to have piloted with İşbank an advanced pre-live version of the platform. We ensured the technical performance and validated the workflow with our corporates to pave the way to production.”

Many cryptocurrency exchanges such as Binance and Huobi have started taking notice of Turkey for its crypto and blockchain friendly regulations. Last September, the Turkish government revealed its intention to setup a national blockchain framework. Soon, Turkey has fixed the end of this year for the roll out of Digital Lira backed by the central bank of Turkey.