The cryptocurrency market finished 2022 in a moment of consolidation, with investors on the sidelines as key cryptocurrencies failed to make substantial advances. Nonetheless, the market is witnessing short-term purchasing momentum, which has led to the recovery of major positions. 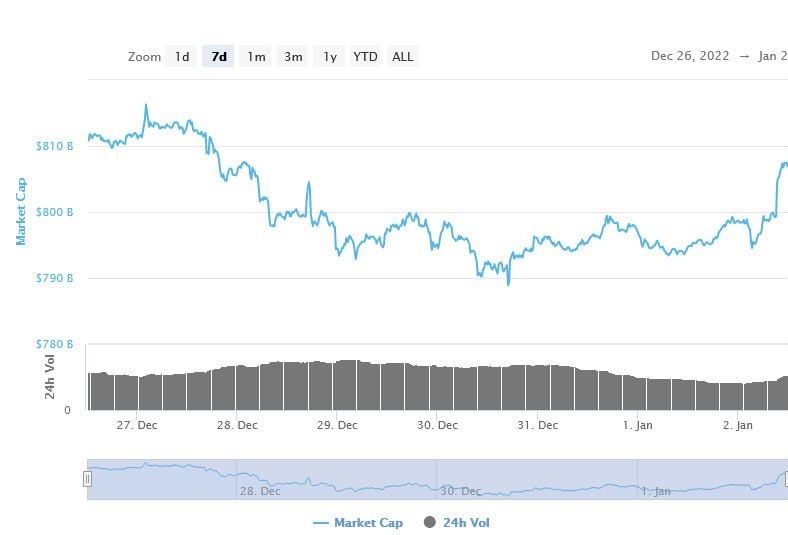 Ethereum (ETH) has also recaptured the $1,200 level, exchanging hands at $1,216 at press time after 24 hour advances of around 1.64%. XRP (1.5%), Dogecoin (3%), and Cardano (3%), among other noteworthy cryptocurrencies, all saw increases in the previous 24 hours despite the market’s continued consolidation. 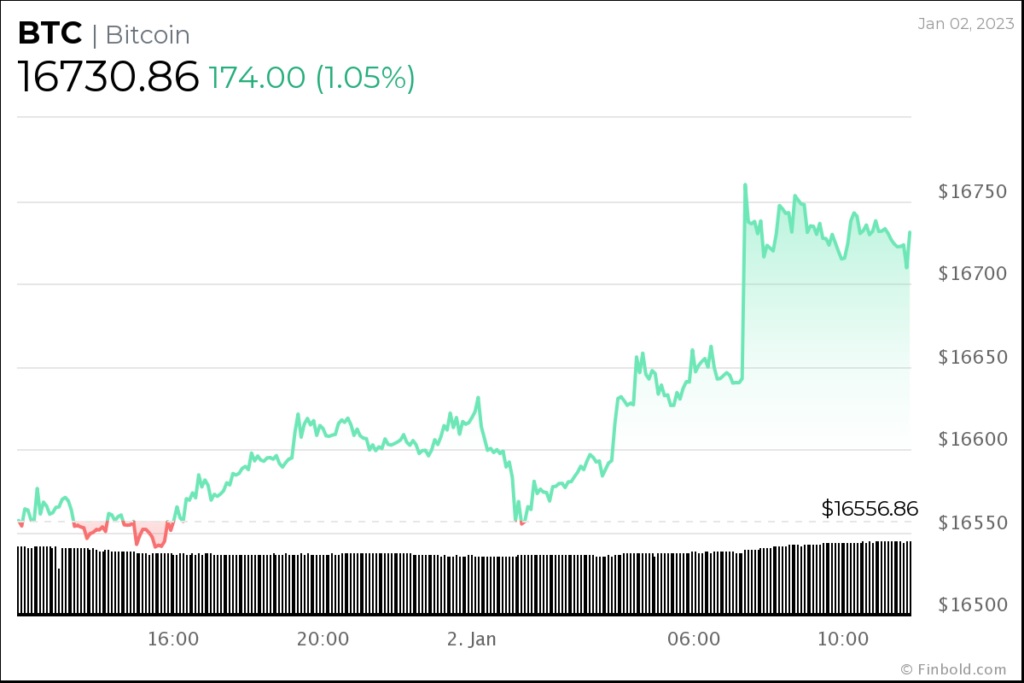 After many days of sideways trade, Bitcoin is still trying to recapture the $17,000 mark. While, the leading cryptocurrency was trading at $16,730, a rise of around 1% over the previous twenty-four hours. Likewise, the asset has seen strong purchasing pressure ending in a $322.08 billion market value as of January 2. Bitcoin has garnered $3.38 billion in capital intake during the last 24 hours. 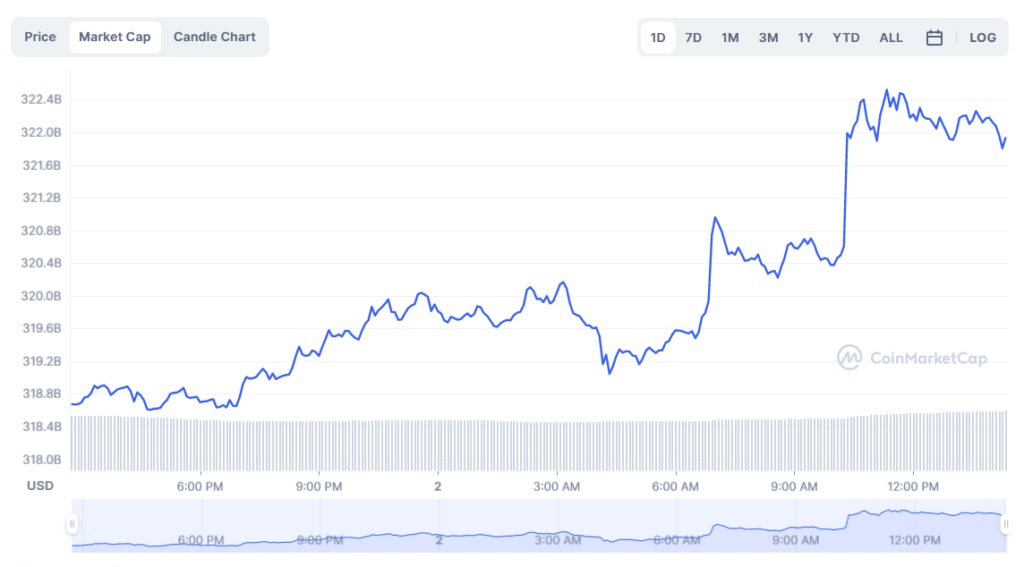 Despite the fact that 2023 remains in its infancy, various businesses have diverse predictions on Bitcoin’s price fluctuations. In this paragraph, David Kemmerer, CEO of cryptocurrency tax software CoinLedger, predicted that Bitcoin’s price might decline more in the initial half of this year.

On the contrary, cryptocurrency and stock market expert Trend Rider said that Bitcoin might have a positive reversal in the initial half of 2023. Meanwhile, Stefan Ristic, a cryptocurrency miner who operates BitcoinMiningSoftware.com, agrees that Bitcoin might well be negative in 2023, but he anticipates that forthcoming year’s halving event would spur a rebound in 2025.