Bitcoin Attempting to Consolidate at $21,000

Bitcoin Attempting to Consolidate at $21,000

Bitcoin is just a day away from tying its unprecedented 15-day winning run if the current upward price trend continues. Bitcoin’s 15-day upward price rise in November 2013 was the lengthiest in its existence. BTC is currently on day 14 of a winning run, reaching four-month peaks in the way. Another day of price appreciation will equal its 2013 run. If it persists for another day, it will establish a fresh record of 16 days. It isn’t the only bullish indicator to enter unknown waters.

Considering the prevailing number of wallet addresses and past rate of increase of the measure, the number of Ethereum addresses that contain at least 0.1 Ether will shortly surpass 100 million. On January 16, the cryptocurrency analytics company Glassnode reported that the quantum of non-zero ETH addresses surpassed 92.5 million.

As per the statistics, Ethereum is within 7.5 million non-zero addresses of reaching the 100 million mark. In the past four years, the number has increased by almost 20 million per year. If this pattern holds, the number of ETH wallets might reach 100 million by the second quarter of this year.

The number of Ethereum’s validators — the organizations responsible for certifying blockchain-based transactions — is another metric that has increased over time. The number of ETH validators surpassed 500,000 on January 12, according to BeaconScan statistics. It arrives as the Shanghai hard fork scheduled for March will, among other changes, let validators to eventually withdraw their ETH that was staked in order to assist in securing and validating the ecosystem. The United States is the most receptive nation for people wishing to make transactions using cryptocurrency.

₿REAKING: #Bitcoin price has increased 14 days in row — A single day away from making a historic new record! pic.twitter.com/qclJhikcds

As per 14 January Forex Suggest Crypto Acceptance Report, over half of the 250 organizations on a list that take cryptocurrency as payment are headquartered in the United States, making it the nation with the highest number of crypto-accepting businesses.

The United States was followed by the United Kingdom in second position, while America’s northern neighbor, Canada, took third. E-commerce emerged as the most crypto-friendly business, followed immediately by the tourism sector. Microsoft, with a market worth of $1,8 trillion, was the biggest company by market size to accept cryptocurrency.

Not all outcomes were positive. Wrapped Bitcoin (WBTC), a tokenized and 1:1 backed form of BTC on Ethereum, has seen a 35% decrease in availability on the Ethereum network since May 20 last year. 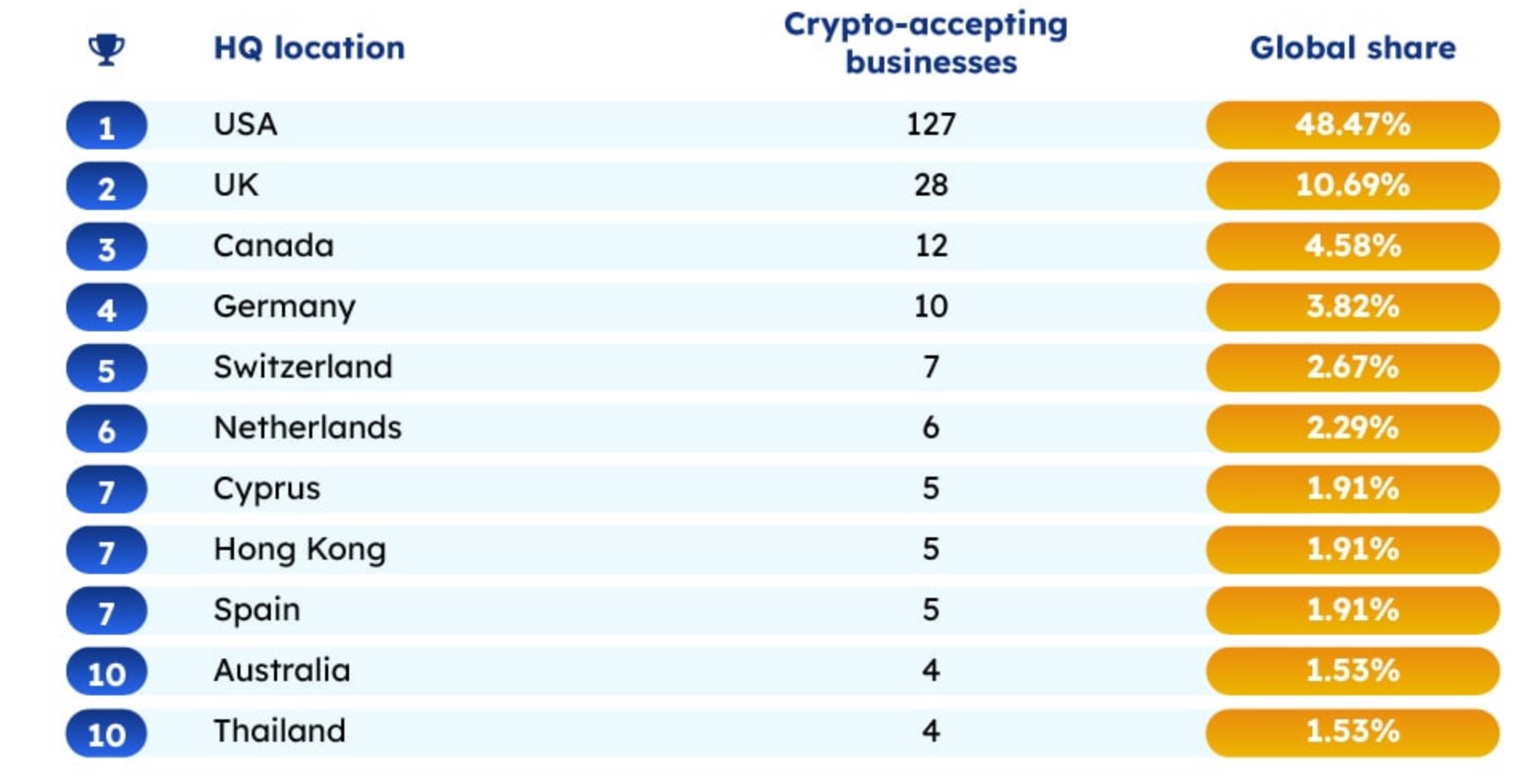 Glassnode tweeted on January 17 that the all-time peak of 285,000 WBTC on Ethereum in May 2022 occurred just before to the price crash of TerraLunaClassic (LUNC) and its related algorithmic stablecoin TerraClassicUSD (USTC). Over the period of 2022, the quantity of WBTC has decreased by 101,550, and the blockchain presently contains approximately 183,500 tokenized Bitcoin.