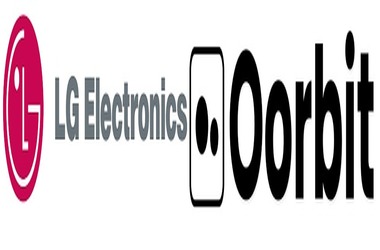 Using NFTs and block chain, the metaverse is gathering tremendous pace, and LG and Oorbit are ready to challenge the sector dramatically. Oorbit, a 3D cloud-run technology solution, and LG Electronics have established a strategic agreement to deliver interactive gaming to smart televisions. Users of LG and Oorbit may attend digital performances on Elynxir from Pixelynx and AI-generated multiplayer games in Auxworld from Auxuman thanks to the cooperation. In a message accompanying the release, Pooya Koosha, CTO and co-founder of Oorbit, said that the firm has been creating immersive gaming hardware and software for the past decade.

“Our patented technology provides the connecting tissue between digital environments, making it simple for programmers and businesses to integrate their ideas into the metaverse. “The upcoming stage in creating the metaverse available to everybody is to scale our innovation for millions of LG TV consumers,” Koosha said.

LG Electronics Home Entertainment Company’s chief of the content facility, Jung Sung-hyun, said that the relationship with Oorbit aligns with its objective to provide entertainment to each and every customer. Via NFTs and blockchain technology, the metaverse is gaining tremendous pace, and LG and Oorbit are ready to upset the sector dramatically. In addition, the South Korean electronics behemoth has existed for decades and has made tons of money of high-quality items globally.

The CEO of Oorbit, Ash Koosha, said in a release. “Consider using a map that you purchased for a videogame as your backstage ticket to a show. Connected digital worlds facilitated by Oorbit enable the transferability of digital property.”

In a span of ten years, the cryptocurrency business has evolved into a trillion-dollar sector. To broaden their income-collecting channels, international technology firms are using the blockchain business. Moreover, blockchain technology has shown an enormous capacity to easily upset international markets.

In recent years, LG has strengthened its interest in bitcoin and blockchain technologies. In March 2022, for example, the South Korean technology corporation amended its corporate growth objectives to include bitcoin and blockchain-powered software. LG, one of the major manufacturers of consumer goods, has introduced a cryptocurrency wallet called Wallypto that is based on the Hedera Hashgraph network and presently accepts HTS tokens.

Importantly, LG will compete with certain other firms on the metaverse sector, notably Samsung, which in 2022 disclosed similar ambitions. Oorbit, on the contrary, has captured the interest of numerous industry investors. In 2022, Oorbit revealed that it had received $5 million in investment for its metaverse infrastructure from Mark Cuban, Pixelynx, and HOF Capital.