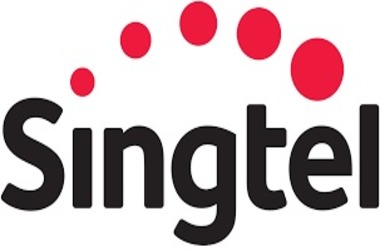 In Singapore, Singtel has rolled out its initial metaverse events. The Singaporean telecoms firm organised a distinct trial metaverse event dubbed “Destination: island” for users of SK’s ifland metaverse network. The simulation demonstrated the manner in which 5G networks would be capable of supporting and provide more realistic 3D virtual environments.

A competition that happened in December on Singtel’s Instagram and Facebook profiles chose around 130 contestants. Contestants in the event created their own personas on ifland before meeting with American singer-songwriter Alec Benjamin in a virtual space.

Ms. Anna Yip, Chief Executive Officer, Consumer Singapore, Singtel, commented on the occasion as follows: “The advancement of the internet is evolving toward a creative economy and interactive digital worlds. This demands an infrastructure with ultra-low delay, high-speed connection, and increased capacity to support the creation and implementation of an upgraded metaverse environment involving numerous individuals and augmented or virtual reality gadgets.

“With SKT, we’re pleased to demonstrate how Singtel 5G enables novel ways to engage customers in the metaverse, including fresh product rollouts, e-gaming, and much more. In line with our commitment to provide our clients with distinctive and relevant digital experiences, we will collaborate with our affiliates to develop and deploy additional use cases that highlight the possibilities of our metaverse-ready infrastructure,” said Yip.

Destination:ifland is the first in a succession of metaverse experience initiatives that Singtel is creating with SKT. It is also among Ifland’s first initiatives after its worldwide debut in November 2022. The cooperation between SKT and Singtel enables the Singaporean carrier to drive the growth of Ifland across southeast Asia.

Singtel is especially focused in creating digital Twins of Singaporean locations and avatars that highlight native culture. For its growth plan in the Middle East, Africa, and the remainder of Asia, SK Telecom has also partnered with e& (previously Etisalat Group).

The metaverse is a 3D virtual universe composed of interactive 3d environments developed on web3, a blockchain-powered internet of the future generation that values user ownership, decentralisation, and trustless connectivity. Even while existing networks have demonstrated that they can still host live metaverse activities, experts think that 5G’s better responsiveness and bandwidth will be essential for driving the worldwide uptake of the metaverse.